The Pros and Cons of Cash Balance Pension Plans

Small business owners can benefit big time. But it's a different story for longtime pension participants. 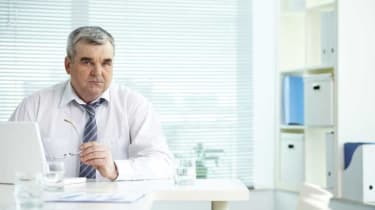 Amid all the talk of pension plans' demise, one type of defined-benefit plan is growing fast. The trend may be a boon for older business owners who are behind on retirement savings--but it can also upend the retirement plans of long-term pension participants who are converted to new "cash balance" plans.

Cash-balance plans are like traditional defined-benefit pension plans with a 401(k) twist. As in a traditional pension plan, investments are professionally managed and participants are promised a certain benefit at retirement. But that promised benefit is stated as a 401(k)-style account balance, rather than as a monthly income stream.

Retirement savers may see the plans as a blessing or a bane--depending on how they've fared with 401(k)s or traditional pension plans. Those currently relying on 401(k)s may find that the addition of a cash-balance plan slashes their tax bills and pumps up a sagging nest egg. Those who depend on generous traditional pension plans are less enthusiastic.

Many older business owners are turning to these plans to turbocharge their retirement savings. Cash-balance plans have generous contribution limits that increase with age. People 60 and older can sock away well over $200,000 annually in pretax contributions. In 401(k)s, total employer and employee contributions for those 50 and older are limited to $57,500.

Many boomer business owners have "directed assets into the growth of the business and haven't done a fantastic job saving for retirement," says Meghan Elwell, vice-president for quantitative analysis and research at investment-management firm Sage Advisory Services. In terms of tax-advantaged savings, she says, a cash-balance plan offers "such a huge bang for your buck."

But longtime employees who have accumulated substantial benefits in a traditional pension plan may find that conversion to a cash-balance plan triggers a troubling benefit cut. One reason: While traditional pension benefits tend to be based on a participant's final working years, when salary generally peaks, cash-balance benefits are based on all working years, including those when earnings were lowest.

Morris Shockley, 66, has seen the pros and cons firsthand. As vice-president and treasurer of Hollenbeck Palms, a continuing-care retirement community in Los Angeles, he saw the organization's traditional pension plan sinking under ever-expanding liabilities during the financial crisis. To right the ship, Hollenbeck froze the pension plan and established a new cash-balance plan that took effect in 2009.

The move produced much-needed cost savings and helped the retirement community survive the recession without laying off workers, he says. But it also slashed benefits, Shockley says, noting his own benefits were cut roughly 15%. Although Shockley had once planned to retire at 66, that goal is on hold. "Right now I have no plans to retire," he says.

It's a different story for many small employers who have turned to cash-balance plans after finding that their own or their workers' 401(k) plans are coming up short. These plans, which held $858 billion in 2012, account for 25% of all defined-benefit plans, up from about 3% in 2001, according to retirement-plan consulting firm Kravitz Inc. The number of cash-balance plans grew 22% in 2012, the latest data available, Kravitz says. Baby boomers who are sole proprietors or partners in medical, legal and other professional groups account for much of the growth, plan consultants say.

Dr. Robert Master, a retired cardiologist in Palo Alto, Cal., helped set up a cash-balance plan for his medical group in 2000, after a review of his fellow doctors' 401(k) accounts left him "quite concerned," he says. Given the area's high housing costs, some doctors weren't maxing out their 401(k)s, and others got clobbered in the dot-com stock crash, he says. Even for doctors on the brink of retirement, "the balances to me seemed inadequate," says Master, 63.

Today, doctors in the group's cash-balance plan "give me high-fives," Master says. If you take full advantage of both the cash-balance plan and the 401(k), he adds, "you'll have enough money to retire without taking excessive risks."

Whether they are running one-man operations or have a handful of employees, older business owners making more than $250,000 a year may be ideal candidates to establish a cash-balance plan. Plan contributions reduce adjusted gross income, resulting in potentially significant tax savings for people "waking up to this plethora of new taxes" that kicked in last year, says Kravitz president Daniel Kravitz. Those include a new levy on net investment income and higher payroll tax.

Business owners should expect to make cash-balance contributions for rank-and-file employees amounting to roughly 5% to 8% of pay, compared with the 3% contribution that's typical in a 401(k) plan. Participant accounts also receive an annual "interest credit," which may be a fixed rate, such as 5%, or a variable rate, such as the 30-year Treasury rate. At retirement, participants can take an annuity based on their account balance. Many plans also offer a lump sum, which can be rolled into an IRA or another employer's plan.

The plans can be more costly to employers than 401(k) plans, in part because an actuary must certify each year that the plan is properly funded, Kravitz says. Typical costs include $2,000 to $5,000 in setup fees, $2,000 to $10,000 in annual administration fees, and investment-management fees ranging from 0.25% to 1% of assets.

For many older business owners, the tax advantages that come with plowing six-figure annual contributions into the plans far outweigh such costs. For a 55-year-old, for example, the cash-balance contribution limit is $166,000, while a 65-year-old's limit is $225,000.

We spend a lot of time worrying about running out of cash in retirement. But you might be surprised to see some of the things you'll find yourself spe…
Skip to ContentSkip to Footer