Staying in the workforce provides a social outlet and boosts your nest egg. 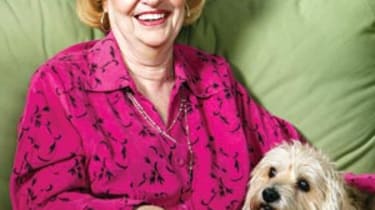 Daryl Owens has experienced more curveballs in the past decade than many people face in a lifetime. A New Orleans native, she lost her home and all her possessions in 2005 to Hurricane Katrina. With most of the hospitals in New Orleans shut down, she was forced to pursue her career as a nurse anesthetist elsewhere. She and her husband, Daryl Nichols (the couple connected over their shared, unusual first name), moved seven times before returning to the New Orleans area in 2007. They were just beginning to discuss retirement when Nichols died of a heart attack, at age 64.

Owens, who had found part-time jobs with an ocular plastic surgeon and at the Fairway Medical Surgical Hospital, in Covington, La., immediately took retirement off the menu. "I was 64 at the time," says Owens, who's now 65. "You don't need to isolate yourself after your spouse passes away. It was so wonderful to be around people and to be doing what I was trained to do that I knew that I wanted to continue to work past 65."

Finances also played a role in the decision. Owens had already tapped retirement accounts at one point to meet expenses. And she experienced a precipitous drop in her investments during the worst of the recession. (The investments have since rebounded.) After that tumultuous period, she didn't want to take any chances with her nest egg. "I felt that if I could continue to work and support myself and not have to go into my very carefully planned retirement fund, it would be a win-win," she says.

In some significant respects, Owens is in good shape: She started saving for retirement at the beginning of her career and has always contributed the maximum to her 401(k)—that's $17,500 in 2014, plus $5,500 in catch-up contributions for people 50 and over. She has amassed a seven-figure sum. Plus, she receives survivor benefits from her husband's employer pension and Social Security.

Owens plans to keep working until she is 70, when she will trade her Social Security survivor benefit for the higher benefit based on her own work record. That amount rises 8% a year for each year she delays claiming it between age 66 and 70. And by working longer, she will have to take less out of her retirement accounts later. "All of that means that her plan is in much better shape than it would have been had she retired and taken Social Security earlier," says her financial planner, Lauren Lindsay, of Personal Financial Advisors, in Covington, La.

Owens is satisfied that she made the right decision. "Working is a social and a healing process for me, and I also have the benefit of getting paid for it. I had a wonderful husband who passed away too soon, but I feel very fortunate that my finances have worked out."

The deadline for seniors and veterans to request an additional $500 stimulus check for a dependent child is almost here. Here's how you can claim your…
11 Year-End Moves to Lower Your 2020 Tax Bill