6 Secrets to Saving More for Retirement

Our steps will get you there, with a big push from your boss. 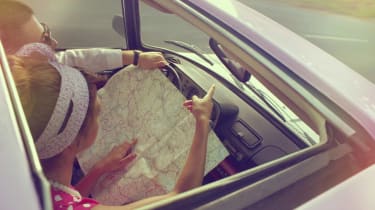 As the spouse of a Foreign Service officer, Cathy Lincoln moved frequently and changed jobs with each new post while raising two children. She had neither the time nor the inclination to pay attention to her retirement accounts. "I had a set-it-and-forget-it attitude," says Lincoln, 56, of Washington, D.C. After a divorce, however, she wanted to see if her investments were on course. Rather than run the numbers herself, she consulted an adviser at the Royal Bank of Canada, which administers her IRA. On the adviser's recommendation, she tweaked her investments and rolled a 401(k) held by a former employer into the IRA. The fine-tuning put her accounts in good running order, she says. "A financial adviser pulls it all together."

Planning for retirement is like taking a long road trip. At first, you put your plan on cruise control, letting your employer make some or all of the calls about how much to save and in which investments. Later, as your finances and priorities become more complicated, you take the wheel yourself, tweaking those investments and dialing up (or paring back) your contributions. By the time you're approaching retirement, you may want to turn over the driving to an expert (at least temporarily) who will look under the hood and calibrate your investments to your exact needs.

No matter what stage you're in, your employer-sponsored 401(k) plan is key to getting you where you need to be. These pretax accounts, also called defined-contribution plans, now far surpass pensions as the retirement savings vehicle of choice among private companies. In 2014, more than 90 million Americans were covered by a defined-contribution plan, with assets totaling more than $6.5 trillion, according to Vanguard. The average account balance with Vanguard was $102,682. Employers played a key role in fattening those balances, bringing the average contribution rate to 10.4% of annual pay, including a 6.9% average contribution rate by employees.

These six steps will help you get the most out of your 401(k) and take advantage of the momentum your employer offers.

Given the daunting prospect of financing your own retirement, you'd think that throwing money into your 401(k) from the start of your career would be a top priority. In fact, many young (and not-so-young) workers go with Plan B: procrastinating. In recent years, companies have countered that tendency to stall by automatically enrolling employees in the company plan. Workers are given the opportunity to opt out, but relatively few do. In 2014, employees whose plans included automatic 401(k) enrollment had an 89% participation rate, compared with 61% for employees in plans with only voluntary enrollment, according to a 2015 study of Vanguard plans.

The gentle push to begin steadily saving makes for a powerful head start. A recent Wells Fargo study showed that people ages 55 to 59 had accumulated three times the retirement stash of those 60 or older. How so? The younger group had started saving consistently at 31, six years earlier than the older group. "It's only a six-year difference, but when you think about the power of six years of savings compounded over 25 years, that's significant," says Joseph Ready, director of institutional retirement and trust for Wells Fargo. "The message is, don't lose the power of time. Start saving as early as possible."

The downside of relying on your employer to make your savings decisions is getting lulled into thinking you're saving enough. About half of participants who are automatically enrolled in a Vanguard 401(k) start at a 3% deferral rate, and many are content to stay there. "They think that this must be the right savings rate, and they leave it alone," says Ready.

Lately, more employers have taken advantage of that very tendency by initially setting contributions at 4% or more and automatically hiking the contribution rate by one percentage point a year, most often up to 10%. Employers also increasingly offer a dollar-for-dollar match rather than the once-common 50 cents on the dollar. A recent survey of large employers by Aon Hewitt, a benefits consulting firm, showed that 19% of companies match contributions dollar for dollar up to the first 6% of salary, and 23% offer the match up to the first 3% to 5%. "Plan sponsors are trying to make the plan as appealing as possible. They're telling you to invest your retirement funds with them because they can help you the most," says Rob Austin, director of retirement research at Aon Hewitt.

If your employer doesn't pave the way for you with automatic nudging, you'll have to get there on your own. Aim to contribute at least 10%, including the company match, within the first few years of your savings career; you should contribute more if you get a late start. Many retirement experts recommend saving as much as 12% to 15%, including the employer contribution, from the get-go. (Some 24% of Kiplinger readers who responded to a recent poll save 11% to 15% of their income for retirement, and 34% save more than 15%.) In 2016, you can kick in $18,000 and, if you're 50 or older, another $6,000 in catch-up contributions, for a total of $24,000.

The get-go is also a good time to start contributing to a Roth 401(k), if your employer offers one. This option, offered by six out of 10 large employers, lets you contribute after-tax dollars to your account. Withdrawals are tax- and penalty-free if you have had the account for five calendar years and are 59 1/2 or older. Given that your salary and tax rate will likely go up as your career progresses, your early career is a good time to start funding a Roth. You can contribute the annual max to the Roth 401(k) or split your contributions between the pretax and after-tax accounts.

5. Put the pedal to the metal

If you're in your late forties or early fifties, you may have fallen off the savings track -- say, to cover college bills or buy a bigger house. Contributing less to your 401(k) for a few years won't devastate your retirement prospects, especially if you started saving early. But remember that retirement is your first priority, says David Meyers, a certified financial planner in Palo Alto, Calif. "You can't fix that. It's harder to retire on less than to live in a smaller house."

Carving an extra $50 or $100 out of your budget to beef up your 401(k) is helpful, but ideally your earning power is now at a point that you can contribute the max, including the catch-up contribution. And if you have a high-deductible health plan that qualifies you for a health savings account, you can also save $3,350 a year if you're single ($6,750 for families) in 2016, with a $1,000 catch-up amount if you're 55 or over. Maxing out those two savings vehicles alone gets you almost $30,000 in pretax savings a year. "If you can do that for five or 10 years, you can really catch up," says Ready. "It's never too late."

By this age, you probably have a decent idea of whether your income -- and thus your tax rate -- will go up or down in retirement. If your employer offers a Roth 401(k), consider contributing to it now, if you haven't funded it already. You'll probably want to go this route if you believe your tax bracket will go up in retirement rather than down. But even if your income will likely drop, you would be wise to squirrel away some money in a Roth in case tax policy changes, says Austin. "You'll have a buffer from taxes later," he says.

Has life gotten complicated? You'll need more help. "A 25-year-old in a retirement plan can simply pick a 2065 target-date fund," says Austin. "But when you get to 55, one person may have paid off his mortgage, another not. One might have a huge pension, another doesn't. And how do you fold in spouses? For those people, it's nice to have more input."

Enter managed accounts, offered by more than half of employers as an option in their 401(k)s, according to the Aon Hewitt study. With these accounts, a professional advisory service will discuss your financial circumstances, perhaps both online and over the phone, and tailor a portfolio accordingly, periodically monitoring and rebalancing it. Managed accounts offer a high degree of personal advice, so they're most appropriate for investors who have complex finances -- say, multiple 401(k)s, a pension or company stock outside their retirement account, says Sangeeta Moorjani, senior vice president of Fidelity's Professional Service Group. "They realize they can't do it on their own." For that help, you'll pay a fee of about half a percentage point of your assets; some employers pick up the tab.

If you don't have access to a managed account or want more face-to-face advice, schedule a few sessions with a financial adviser. Advisers streamline your accounts, coordinate your income and assets with those of your spouse, and assess your retirement readiness. Meyers, for instance, offers a portfolio review plus Social Security planning and a retirement income analysis. "Before I dive into a portfolio, I add up all retirement assets and all nonretirement assets to get an idea of the total picture and project what it will take to achieve the level of spending the client wants in retirement." The best part of his job? "Every now and then, I'll look at the numbers and say, 'You can retire yesterday.' That's really cool."

In this hot real estate market, consider the costs of buying and selling a house along with the expenses associated with your new digs.
The Best Fidelity Funds for 401(k) Retirement Savers