You can withdraw the RMD from your traditional IRA anytime during the year that you turn 70½. But the rules are different if you're giving your RMD to charity.

I turned 70 on January 31 and know I have to take my first required minimum distribution this year. I already withdrew the money from my traditional IRA, but I'm worried that I made a mistake because I don't turn 70½ until July 31. Do I need to wait until after I turn 70½ for the distribution to count?

You're okay. As long as you turn 70½ in 2016, any distribution taken from a traditional IRA in 2016 will be considered part of your RMD for the year. You don't need to wait until you actually turn 70½, says Dan Funk, a certified financial planner with T. Rowe Price. You can also take 401(k) RMDs anytime during the calendar year that you turn age 70 1/2 (you generally will not have to take RMDs from your current employer's 401(k) at age 70 ½, however, while you're still working in that job).

Keep in mind that taking two RMDs in one year will increase your adjusted gross income and could boost some of your income into a higher tax bracket. Having the extra income in one year could also affect the portion of your Social Security benefits that are taxable or trigger the Medicare high-income surcharge for your Part B and Part D premiums. See How Much Will Your Medicare Part B Premiums Cost in 2016? for more information.

One way to avoid boosting your AGI is to give your RMD from your traditional IRA to charity, but unlike the regular RMD rules, you have to wait until you turn age 70½ to make a qualified charitable distribution. See Donate Your RMD Tax-Free to Charity in 2016 for more information.

Many beneficiaries who inherit IRAs lost a major tax break recently, but five types of people still qualify for this “stretch IRA” benefit. Are you am…
6 Money-Smart Ways to Spend Your Stimulus Check

Since this year's tax deadline was pushed back to July 15, many people just recently filed their tax return. That means there are a lot of tax refunds…
Your 401(k)s and IRAs Have a Dark Side 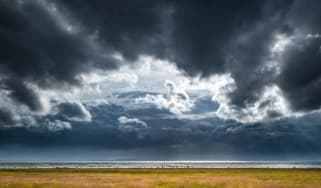 Yes, they are a tax-advantaged way to save for retirement, but they come with some disadvantages you should know about.
Skip to ContentSkip to Footer