As the deadline approaches for older savers to take required minimum distributions from retirement accounts, readers raise some tricky questions about the rules. 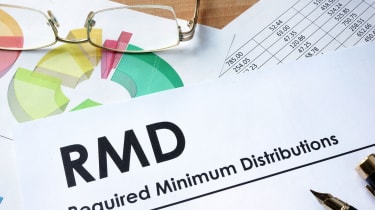 I’ve been hearing recently from readers with some tricky questions about required minimum distributions. These are the mandatory withdrawals that savers over 70½ must take from traditional IRAs, 401(k)s and other retirement accounts by December 31. (The exception: You have until April 1 of the year after you turn 70½ to take your first mandatory withdrawal.) With just days until the RMD deadline, here are answers to some of those questions.

Answer: Let your 401(k) administrator know about your situation, but you’ll probably have to continue taking your RMDs. Even though you generally don’t have to start taking RMDs from your current employer’s 401(k) while you’re still working (unless you own more than 5% of the company), the rules aren’t as clear about what happens if you already started taking RMDs and then were rehired by the company several years later.

“The IRS regulations are silent about whether required minimum distributions stop when a participant is rehired by the employer that sponsors his or her 401(k) plan,” says Michael Weddell, director of retirement for Willis Towers Watson, a benefits consulting firm. “Given that there are no provisions for stopping the payments, we believe the safest course of action is to keep receiving the annual distributions.”

Whether you’re working or not, you still have to take RMDs at age 70½ from your traditional IRAs and any 401(k)s you have with former employers.

[Question2]May a qualified charitable distribution be made from a solo 401(k) plan?

Answer: No. If you’re over 70½, you can transfer up to $100,000 each year tax-free from your IRA to charity, which counts as your required minimum distribution but isn’t included in your adjusted gross income. But that “qualified charitable distribution” only counts for IRAs, not for 401(k)s – and not for solo 401(k)s, either.[Question2End]

Answer: Yes. The required minimum distribution amount is based on your entire 401(k) balance, including any designated Roth accounts, says Weddell. That’s different from the rules for Roth IRAs. Even though you have to take RMDs from Roth 401(k)s, though, the withdrawals are not taxable.

The April 15 deadline for filing your 2019 federal income tax return (and paying taxes) has been moved back...but the new due date is approaching fast…
Avoid Blindly Following Random Benchmarks on the Road to Retirement

Unless the benchmark is relevant to your personal plan, it could steer you into taking a wrong turn.
Skip to ContentSkip to Footer