A Hidden Benefit of the Coronavirus Stimulus Bill: You Can Wait to Take Your RMD

Legislation is expected to waive required minimum distributions from retirement savings accounts for 2020. 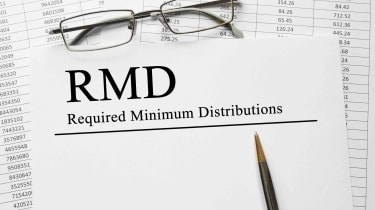 The coronavirus stimulus package, known as the CARES Act, working its way through Congress is expected to waive required minimum distributions (RMDs) from retirement savings accounts for 2020, granting a reprieve for retirees age 70½ and older who might otherwise be required to sell low and take distributions just when the stock market has nosedived in recent weeks.

The bill also allows people younger than 59½ to take an early distribution, up to $100,000, from a traditional IRA to pay for a coronavirus-related hardship, such as a job loss. The early distribution is penalty-free, though not necessarily tax-free. The tax bill can be avoided if the money is returned to the IRA in three years; if not, the taxes can be spread out over three years beginning in 2020. Distributions are taxed as ordinary income.

With the RMD waiver, retirees who can afford to skip their 2020 distribution can now leave that money an extra year in an individual retirement account or a defined contribution employer’s savings plan, such as a 401(k) or 403(b), to recover without penalty. “That’s a huge relief for people who would otherwise be taxed on a value that has vanished,” says Ed Slott, founder of IRAhelp.com.

RMD amounts are calculated based on the recipient’s life expectancy and the value of retirement account balances at the end of the previous year. That means an RMD taken in 2020 would be based on account values on Dec. 31, 2019, when the Dow Jones Industrial Average was nearly 30% higher than in mid-March 2020. On top of those losses, the RMD adds another in the form of a higher income tax bill, often a sore point for retirees with pensions or other sources of income because of the potential for distributions to push taxpayers into a higher bracket.

Instead, the waiver gives those retirees more breathing room with the IRS at no cost. In any other year, skipping an RMD would come with a stiff 50% tax penalty on the amount that should have been withdrawn.

Distributions from inherited IRAs are also included in the waiver and do not need to be taken in 2020.

And what about individuals who just missed the new higher-age cutoff for taking RMDs thanks to the SECURE Act of 2019? “This buys them one more year,” says Ray E. LeVitre, founder of Net Worth Advisory Group. The SECURE Act raised the age that individuals must begin taking distributions, from 70½ to 72. But anyone who turned 70½ in 2019 still had to abide by the older rule and had until April 1, 2020, to take the first distribution.

Usually, financial planners discourage their clients from delaying the first distribution to the next calendar year to avoid having two RMDs taken in the same year rather than spreading them out over two. This time, procrastinators may have had the last laugh. “The ones who benefited the most are the people who didn’t listen to us,” says Slott. In that instance, the 2019 and 2020 distributions are both waived. But if you already took your 2019 distribution last year, you’re out of luck; the distribution cannot be undone.

A 2020 distribution taken within the last 60 days, however, can still be put back into an IRA in what is called an indirect rollover, provided you haven’t made any other indirect rollovers in the past year. If you have taken more than one distribution in the past 60 days, those additional distributions could be put into a Roth IRA, using a strategy called an indirect Roth conversion. Although you won’t avoid the tax on those distributions, you’ll have the benefit of letting that money grow in a tax-free Roth account, says Brian Vnak, vice president of advisory services for Wealth Enhancement Group.

For distributions taken more than 60 days ago in 2020, a new strategy exists. Under the CARES Act, those distributions could potentially be repaid into the IRA over the next three years if you can show that the money was withdrawn to cover a coronavirus-related hardship.

The RMD waiver won’t offer much relief for the vast majority of retirees who need the distribution to survive. In fact, most retirees withdraw more than the required amount each year, and the U.S. Treasury Department estimates that only 20.5% of RMDs in 2021 will be for the minimum amount.

For individuals who need the money now, whether it’s an early distribution permitted under the stimulus package or an RMD, financial planners recommend tapping any cash in the account first, before bonds, and leaving stocks as a last resort. Otherwise, they have the double whammy of locking in their losses and paying taxes on the distribution, says LeVitre.

Fewer than 10% of investors use free background checks like Investor.gov, BrokerCheck or IAPD to check their financial advisers’ backgrounds. These on…
A Step-by-Step Guide to Being an Estate Executor

We spend a lot of time worrying about running out of cash in retirement. But you might be surprised to see some of the things you'll find yourself spe…
How to Finance Home Schooling Your Children

Kiplinger.com web editor Andrea Browne Taylor joins the Your Money's Worth podcast for a discussion on the financial pros and cons of homeschooling yo…
Skip to ContentSkip to Footer