The Key to Living Happily Ever After in Retirement

Couples need to discuss their expectations for retirement—and figure out a compromise when those goals do not align. 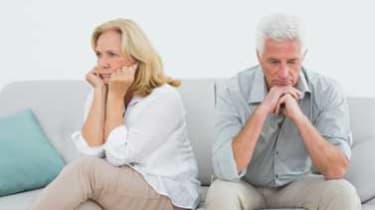 It's been your longtime retirement dream to move to Provence for six months a year. Did you realize that your spouse has another idea in mind—opening a small shop in town? As you and your spouse approach this new chapter of life, perhaps it's about time that the two of you had a talk—make that a big talk.

Retirement is a huge transition, especially for two-earner baby-boomer couples who are used to spending days apart pursuing their own careers. It could be difficult enough figuring out your own goals for the coming years. Throw your partner's expectations into the mix, and be prepared for a lot of negotiation.

These conversations can be challenging because the decisions you reach on issues around retirement will have a significant impact on your relationship. Where do you want to live? How much time will you spend together and apart? In the time together, what activities will you pursue? What if one spouse wants to retire earlier than the other? "It takes a certain amount of courage to create a relationship for the next part of your life," says Roberta Taylor, co-author with Dorian Mintzer of the recently updated The Couple's Retirement Puzzle: 10 Must-Have Conversations for Creating an Amazing New Life Together (Sourcebooks, $15).

As important as it is for couples to get into sync, it's clear that many are skirting the issue of planning for the nonfinancial side of retirement. In a survey last year by Fidelity Investments, husbands and wives who are approaching retirement gave very different answers when questioned separately about their expectations and priorities.

About one-third of couples had different ideas of where they would live during retirement and whether they would continue working past retirement age. More than 30% disagreed on their ideal visions of retirement. "Women valued spending time with family, hobbies and volunteering in the community, and men were more likely to want to indulge in their favorite sports," says John Sweeney, Fidelity's executive vice-president for retirement and investing strategies.

During one session, Taylor says, the husband discussed why the cottage was so important to him—he remembered visiting his grandfather there when he was a child. The wife "had never heard that before, and she became more open to compromising," Taylor says. They decided to winterize the cottage and downsize their Boston home. The husband spends a lot of time at the cottage, and his wife visits him there. "Neither got all of what they wanted, and that is what compromising is about," Taylor says.

If you don't agree on where to move, start researching several destinations, perhaps taking long vacations before you make a decision. If you love one place but your spouse doesn't want to move there year-round, maybe you can buy or rent a vacation home and spend part of the year there.

Rosalie Tyrrell, 68, and her husband, Luis Puccio, 56, who live in Amesbury, Mass., don't see eye-to-eye over whether they will spend their winters in Florida. After a lot of pressure from Puccio, Tyrrell agreed to retire in August from her executive position at Massachusetts General Hospital in Boston, running a program that places 1,700 nursing students each year.

Puccio, who has owned a number of small businesses, runs a carpet and upholstery cleaning operation from their home. Tyrrell says she is already grieving the loss of the identity that came with her high-powered job. "He can't understand why I am not jumping up and down with excitement," she says. Puccio says he was concerned about her—"I didn't want her to die from stress," he says.

One big disagreement is whether to spend winters in Sarasota. They've never been there, but Puccio's dream is to rent a condo for four months a year to escape the New England weather. Tyrrell would like to stay put in Amesbury, at least for her first year of retirement. "I need to get my head around retirement before I move ahead with those plans," she says.

They have reached a tentative compromise, with the help of Mintzer. "The negotiation is to maybe go down on a fact-finding trip for a week," Puccio says. "If she likes it, it would settle the argument." Not necessarily. Even if Tyrrell does like Sarasota, she doubts she'll want to spend as much time in Florida as her husband may want to.

Another common sticking point is deciding how much time to spend together and apart. Typically, women have an easier time with retirement than men because they tend to have more friends and engage in outside activities even while they're working. "When I work with couples, the woman will say to her husband, 'I don't want to be your hobby. I care about you, but I need my time and space,' " Taylor says.

Tensions could arise if the husband feels neglected and the wife feels guilty—or perhaps vice versa. It's essential for couples to express those feelings and to search for the right balance between time in joint activities and time alone. Retirement experts say the spouse who's at loose ends should try to find some outside interests—perhaps take a class or join a hiking or photography club. "Carving out time for yourself is a great way to reinvigorate a marriage," says Catherine Frank, executive director of the Osher Lifelong Learning Institute, which is affiliated with the University of North Carolina at Asheville. "The idea that anyone can find shared joy 24/7 is not a good place to start." The institute runs seminars for retirees and those approaching retirement to explore the emotional side of retirement.

Tyrrell and Puccio, who have been married for 28 years, may have some work ahead in negotiations over time alone and together. Tyrrell suspects that "he wants somebody to hang out with." But she says she's already planning to take an art or jewelry-making class, do some consulting and perhaps volunteer. Puccio says he doesn't have hobbies—he likes to play Words With Friends on his iPad. But, as Tyrrell says, "We end up enjoying most things we do together," such as entertaining friends, cooking, traveling and going to the theater. That's a start. 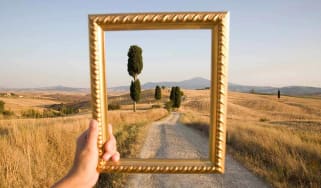 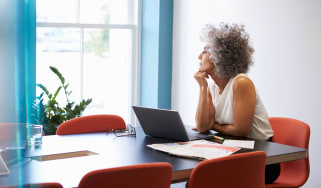