If you don't need the income, this strategy can help you create more wealth to leave your loved ones. 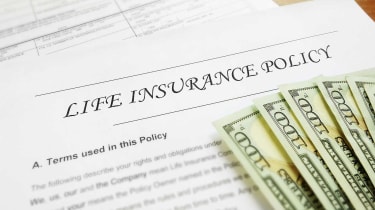 For years, you contributed diligently to your 401(k) plan at work, enjoying the convenience, the lovely employer match and the knowledge that, as you made your contributions to the plan, it reduced your taxable income.

Then you watched your earnings grow, tax-deferred.

Each and every dollar remained in your account, at work for you, enlarging your retirement nest egg. It was a great deal for you, but not such a great deal for lawmakers who have an insatiable appetite for tax revenue.

Congress wants you to save money for retirement, and tax relief is a great motivator. But no tax relief is open-ended. Eventually, we must all "render unto Caesar."

In essence, RMD rules mandate that once someone turns 70½ years old, he or she must begin drawing an income from their qualified-plan assets. (There are a few exceptions, but generally speaking, most plans are subject to RMD mandates.) This income is considered ordinary income and is subject to taxation. And the penalty for not taking them is severe—50% of the untaken RMDs.

There is an IRS formula that is used to calculate each year's exact RMD percentage. Although unique to each individual, generally speaking, for someone who is in their early to mid-70s, an RMD is roughly 4% of all qualified-plan assets. So, if someone owned $500,000 in qualified-plan assets, they would be required to draw about $20,000 in annual income.

For most retirees, RMD mandates are not a concern, as they always intended to use those assets to produce retirement income.

But some retirees don't need the money. They have enough income being generated from other sources. So, what can they do?

Take, for example, Jim. He had owned his own business and contributed to qualified plans at work. Once he retired, he sold his business for quite a large sum of money and simply didn't need the RMD income he was required to take when he turned 70½.

Still, Jim's RMDs were about $30,000 per year, and his overall tax rate was roughly 30%. Given those financial parameters, Jim's RMDs left him with about $20,000 per year. He decided to accumulate the payments in certificates of deposit, thinking he would leave the money as an additional inheritance to his children. This all sounded great —but was it the best way to go?

By redirecting unneeded RMDs into life insurance, you too can use this strategy to create more wealth for your heirs. Of course, it may not be the right move for everyone, but this certainly illustrates that by being creative about RMDs, you can make your retirement strategy more efficient.

Gerard (Gerry) Dougherty is the founder and president of Boston Independence Group Inc. He is an Investment Adviser Representative and a licensed insurance professional. He hosts a weekly radio show called "Uncomplicated Money" and recently published his first book, Uncomplicated Money: Retirement Is Within Reach. 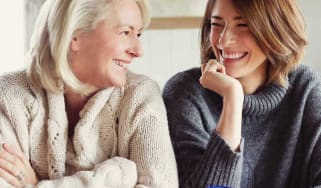 In the wake of COVID-wracked nursing homes, increasingly more people are looking at options to age in place with long-term care insurance.
How to Find the Right Life Insurance Policy for You 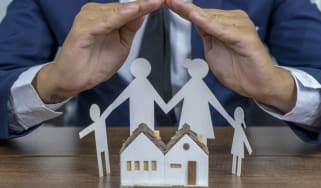 How to Find the Right Life Insurance Policy for You

Policygenius.com CEO and co-founder Jennifer Fitzgerald joins our Your Money's Worth podcast to offer advice on choosing a life insurance policy. Also…
The Insurance Company Denied My Claim. What Should I Do?