Make the Transition From Obamacare Coverage to Medicare

If you're in an Affordable Care Act marketplace plan, you should start thinking about Medicare enrollment several months before your 65th birthday. 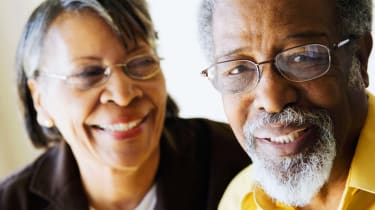 There's a potentially nasty birthday surprise lurking for those who have health coverage through an Affordable Care Act marketplace plan. Most people in that boat should promptly drop private coverage and sign up for Medicare when they turn 65. If the transition doesn't go smoothly, they could face big coverage gaps and hefty financial consequences.

When it comes to making the leap to Medicare, "the most pervasive problem is doing nothing," says Casey Schwarz, senior counsel for education and federal policy at the Medicare Rights Center. People who are happy with their marketplace coverage might not even think about signing up for Medicare. By the time they do, their initial enrollment period may have passed, making them subject to lifelong late-enrollment penalties.

Since the Affordable Care Act exchanges launched in 2013, the focus has been on getting people into these plans--not getting them out. Consumer advocates have voiced concerns that people in marketplace plans receive little information about making the switch to Medicare. But that’s starting to change as early retirees who flocked to the marketplace in recent years struggle to navigate the Medicare transition. The Department of Health and Human Services said this summer that the marketplace would start giving enrollees Medicare-related information as they near age 65.

The Costs of Not Switching

If you like your marketplace plan, it may seem tempting to hang on to it. While it's illegal for anyone to knowingly sell a marketplace plan to someone who has Medicare, there's nothing preventing marketplace enrollees from keeping their plans beyond age 65.

But keeping a marketplace plan and delaying Medicare is generally a bad idea. Once eligible for Medicare, most people no longer qualify for any tax credits that offset the cost of marketplace plans. If you continue to collect them, you may have to pay back thousands of dollars worth of subsidies. And if you fail to sign up for Medicare during your initial enrollment period, you’ll likely face stiff penalties for late enrollment.

What’s more, procrastinators "may not be able to purchase a medigap policy when they do sign up for Medicare," says Tricia Neuman, director of the Medicare policy program at the Kaiser Family Foundation. During your medigap open enrollment period, which is the six months starting the month you're both 65 and enrolled in Medicare Part B, you can buy any supplemental policy sold in your state, even if you have health problems. If you miss that window, in many states insurers may reject your application or charge you more based on preexisting conditions. (And, yes, Medicare and medigap have different enrollment periods.)

Another reason to stay alert: Insurers can seek permission from Medicare to switch their marketplace enrollees automatically into the insurer's own Medicare Advantage plan at age 65, Neuman says.

There are some limited situations where it can make sense to stick with a marketplace plan beyond age 65. If you have coverage through the Small Business Health Options Program (SHOP)--the marketplace for small businesses--and your employer has more than 20 employees, your employer coverage will be the primary payer even if you sign up for Medicare, says Bonnie Burns, policy specialist at California Health Advocates. And you won't face a Part B late-enrollment penalty, so long as you enroll when your employment ends. So you might consider taking only Part A, which is free and covers inpatient hospital care, while delaying Part B.