Create a legacy letter to communicate values, experiences and life lessons to your family.

Rebecca Schreiber, a Manhattan real estate agent, was getting her papers in order after a divorce and decided that, along with redoing her legal will, she would also write up an ethical will for her two young children. “It was a way to convey my wishes and hopes to my children,” says Schreiber, 42.

Ethical wills or legacy letters, as they are also called, are documents to “communicate values, experiences and life lessons to your family,” says Abby Schneiderman, co-founder of Everplans, which helps people plan and store important documents in one place online.

Barry Baines, a hospice medical director in Minneapolis and St. Paul and author of Ethical Wills: Putting Your Values on Paper, says he first came upon the concept in the 1990s when he and his colleagues were working on a project about existential pain at the end of life. A dying young man told them his nonphysical pain was a 10 out of 10. Even though this patient was a husband and father, “he told us, ‘I feel like I’m going to die and there won’t be any trace that I was ever on the Earth.’”

When Baines heard this, he recalled a book he had read about ethical wills and suggested the patient create one with some guidance from a chaplain. The patient “grabbed onto the idea like a drowning person grabs onto a life preserver,” and when it was done, he said his spiritual suffering had dropped to zero.

Baines, is also co-founder of livingwisely.org, a company that, among other things, offers both guidance for creating ethical wills and trains facilitators — such as financial planners, hospice workers and those who work in faith communities — about how to help people fashion their own legacy letters.

No one needs an expert to write their own ethical will, Baines acknowledges, but services like his are a way to prompt people to do it. “Everyone is capable of doing it by themselves,” he says. “But you need that protected time to reflect and write.”

While the task may seem daunting, most people’s ethical wills aren’t long, perhaps only a page or two. For those who don’t know where to start, Schneiderman suggests writing about their personal history, favorite things, academic and professional life, religious and political views, and hopes for the future.

Be creative. Jo Kline, a retired, attorney and author of So Grows the Tree: Creating an Ethical Will, says hers is a slideshow with photos of loved ones and her favorite quotes. Or think of how a favorite hobby can convey to others your passions and beliefs. For example, says Kline, 68, of West Des Moines, Iowa, if you love cooking, take beloved recipes and annotate them with memories and hopes for future family gatherings.

Legacy letters can even be accidental. Kline discovered a two-page typewritten letter from her uncle that was saved by his brother —her father — while clearing out her parents’ house in the early 2000s. Her uncle had written the letter in 1963 on the back of a church bulletin shortly after his only child had died in an airplane crash. Although the family sent hundreds of letters back and forth between Iowa and Michigan, this was the only one saved, Kline notes.

In it, her Uncle Bill urges his brother to take walks, to worry about his mental health as well as his physical health, to keep an open mind and be tolerant of others. “When I saw it, I thought, ‘this is my uncle’s ethical will. But he didn’t have any idea what it was called.’”

For many, leaving an ethical will seems like a grandiose idea, that their lives are too ordinary or unsuccessful for them to have valuable insights to share. But the struggles are where life lessons come from, Baines says.

Kline also urges those considering writing a legacy letter to perhaps do it at life’s milestones — for instance, when you become an empty nester or when you retire. The document can also be one of self-reflection for how you want to live the rest of your life. “It’s a way to soul-search what I want the rest of my footprint to look like,” she says, to ask, “What do I stand for?” 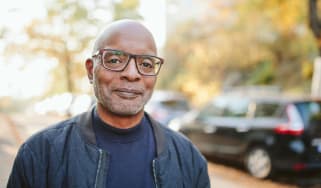 Thought you were past all that by this age? Well, if you have a mortgage that would be tough for your spouse to pay off or grown children you are supp…
6 Money-Smart Ways to Spend Your Stimulus Check

There’s no one-size-fits-all formula for how much you’ll need.
These 2 Words Could Send Your Retirement Money to the Wrong Beneficiary

"Per stirpes" vs. "per capita." Making the wrong choice could cause an estate planning disaster.
Skip to ContentSkip to Footer