Inheriting Millions in an IRA? There Are Surprisingly Good Reasons to Turn Down the Money

Disclaiming an inherited IRA, "the legal equivalent of playing dead," could save you taxes if you know the rules. 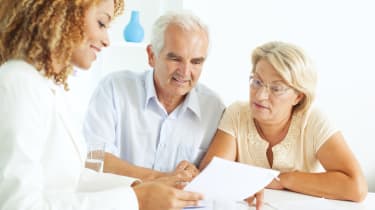 Turn down an inherited IRA? That may seem implausible, but for some financially sound heirs, “disclaiming” their right to an inherited IRA could be a smart strategy for their families.

By disclaiming, an heir waives the right to assets left to him. “It’s the legal equivalent of playing dead,” says Jeffrey Levine, IRA technical consultant for Ed Slott and Co., which provides IRA advice. When a person takes this action, the disclaimed portion of the inheritance is passed on automatically to either a designated co-beneficiary or a secondary beneficiary.

Say your mother named you as the heir of a $4 million brokerage account and the primary beneficiary of a $2 million IRA. She dies, and you disclaim the IRA, which passes to your son, who is the secondary beneficiary. Your mother’s estate owes estate tax on the amount that exceeds the $5.43 million federal estate-tax threshold in 2015, but the IRA will not be part of your taxable estate when you die.

When the federal thresholds were lower, disclaiming was often used to reduce a younger generation’s estate-tax burden. But even if your estate is far below today’s high threshold, the strategy still has a place in estate planning, experts say.

Often, disclaiming can reduce the family’s overall income-tax burden, for instance. Say you’re in the 35% tax bracket and you inherit an IRA. You’ll need to take required minimum distributions annually at your tax rate. But if you disclaim and your daughter, who pays a 15% rate, inherits the IRA instead, the tax bite will be lower. Not only will she pay taxes at a lower rate, but her annual RMDs will be smaller, with the account growing tax-deferred over her longer life expectancy.

In some cases, disclaiming is an act of generosity. A person could disclaim an IRA with the money going to charity if the charity is a contingent beneficiary, and the money would shift free of taxes. Or a wealthy sibling could disclaim his share of an inherited IRA so his two siblings, who are less well-off, would split the IRA.

Disclaiming also has “been used to fix IRA designations,” says David Handler, an estate-planning lawyer at Kirkland & Ellis, in Chicago. Say the late husband designated his estate as the IRA’s beneficiary but his will says the IRA should go to his wife. The executor could disclaim the IRA. With no other designated beneficiaries, the IRA’s default provisions kick in. If those say that the next beneficiary in line is the surviving spouse, the wife would then inherit the account.

Whatever the reason, the decision to disclaim an IRA is irrevocable. However, in some cases, a surviving spouse could be able to use some of the money even after she disclaims it. Joe Franklin, president of Franklin Wealth Management, in Hixson, Tenn., offers this example: A surviving spouse disclaims to a trust set up for the children. “The trust would be for the benefit of the spouse while still living, and then go to the kids,” he says.

The Rules for Saying No Thanks

If you think you might disclaim the IRA, “you don’t want to take possession of it,” says Appleby. Do not withdraw any money or change investments. If you do, you lose the right to disclaim. The only exception: If the late owner didn’t take a required minimum distribution in the year he died, you can withdraw that money, Appleby says.

You must disclaim within nine months after the owner died. And you can choose to disclaim just a part of the IRA. Disclaiming must be done in writing. Ask the IRA custodian if it has a form for you to use. Appleby says it can be wise to consult an estate-planning lawyer; in some cases, you may need to file the disclaimer with the local court. 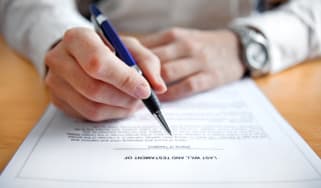