Advice to the Powerball Winner: Think About an Endowment

You’ll be supporting worthwhile causes that are important to you, and getting a nice tax break. 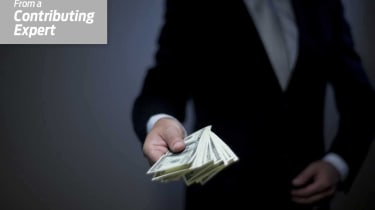 As you are reading this, the lucky person (or group) holding the single winning Powerball ticket is probably jumping up and down and dreaming big. One ticket matched all the numbers in the drawing on Wednesday night, Aug. 23, for the $758.7 million grand prize, the second-largest in history. The lump sum payout is estimated at about $480 million, according to CNN.

But newfound wealth — if not managed carefully — can quickly turn into a nightmare. In addition to immediately getting swamped with requests from family and friends, the money itself can be overwhelming. If you fail to plan well, the money can vanish as quickly as it appears. A study in Florida found that bankruptcy rates were actually higher among lottery winners than among non-lottery winners. There are countless stories of regular working Americans becoming overnight millionaires … only to have to return to work a few years later after blowing through it all.

Should you be that lucky person that walks away with the lottery prize, let me offer you a little advice.

First, take a few weeks, blow a little money on frivolous things you’ve always wanted, and have a little fun. You might as well. But once you’ve gotten that initial splurge out of your system, it’s time to get serious about your money.

When you’re suddenly worth tens of millions of dollars — let alone hundreds of millions — you are no longer managing for a single lifetime. At that point, you are managing a mutigenerational fortune, and your needs are closer to that of an endowment fund or foundation.

So, what does that mean in practice?

Endowments are required to pay out 5% of their assets every year. As an individual, you’re not required to do that. But I’d say that 3%-5% distributions per year is a more than reasonable rate. If you take the lump sum for the Powerball jackpot (as most people do) of about $480 million, that would be an annual income of $14 million to $24 million per year. If you can’t live on that, you clearly need to prioritize.

Secondly, you’ll probably want to make donations to charities or to causes you support. On this count, you need to remember that you’re wealthy now, so your charitable contributions are going to look a little different than they did before.

Wealthy people don’t just write big checks. They form organizations like foundations that will, ideally, continue to make the world a better place long after the original patron has passed. Consider the case of Bill Gates and Warren Buffett. Rather than write checks to every cause they support, both gentlemen donated much of their respective fortunes to the Bill and Melinda Gates Foundation.

Long after Gates and Buffett are dead, the Gates Foundation will still be supporting growth and development in Africa and other developing parts of the world.

Now put yourself in their shoes. This isn’t just good for the charities you hope to support. It’s also good for you, in that you can get a large tax break today while doling out the funds over time.

And finally, let’s talk investments. At this level of wealth, virtually nothing you think you know about financial planning still applies. The uber-wealthy do not buy mutual funds or build 60/40 portfolios of stocks and bonds. Their portfolios often look a lot more like what you see at the Harvard or Yale endowment funds. And what does that actually mean? Harvard’s endowment only has 33% of its funds in stocks. It has another 18% in private equity and 12% in real estate. The rest is spread across everything from timberland to absolute returns hedge funds.

This doesn’t mean that you should copy Harvard’s asset allocation verbatim. But you should definitely have a similar mindset. Focus on absolute-return strategies rather than on “beating the market.” Earning a safe 7%-10% per year is preferable to the wild swings you’re going to experience in a stock-heavy portfolio.

You may have dreamed of a tax-free retirement, but if you live in these 13 states, your Social Security benefits are subject to a state tax. That's on…
States With Scary Death Taxes