The Upside of a Market Downturn

When share prices stumble, you can take advantage of buying opportunities. 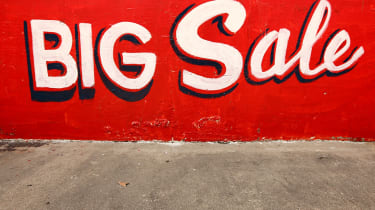 When I make plans and execute them, they may or may not work out. When I neglect my portfolio, it’s usually a winning move.

Consider, for instance, what happened with AV Homes. My plan was to convert my shares in the residential development company into shares of Taylor Morrison Home Corp. (symbol TMHC, $16), which had proposed a buyout that gave AV Homes investors the choice of taking all cash, all stock, or part stock and part cash. I was waiting for the prospectus that would spell out the tax implications and other details.

But as often seems to be the case these days, the prospectus arrived when I was in the middle of doing something else. This time, I was packing for vacation. For a few dark moments, I contemplated taking the inch-thick prospectus on the plane with me to Peru. I could read it on the flight, I thought. Then my rational mind kicked in and said, Yes, but you could also watch a movie or read a book, which sounds much more enjoyable and vacation-like.

The prospectus remained on the dining room table. Instead, I read the book selected by my book club: Ghost Soldiers, a historical account of a daring rescue of American prisoners of war in the Philippines during World War II. (I highly recommend it.)

I justified setting the prospectus aside by reminding myself that I would be back in early September, which gave me plenty of time to read it before the annual meeting. But when I got home, I had work to catch up on and friends to see. My niece had a baby, and I went on a business trip. In short, life intervened. The prospectus got buried under a pile of junk mail.

The default option. Then one day I noticed that there was a bunch of additional cash—$12,647 to be precise—in the Practical Investing portfolio. And instead of AV Homes shares, I had 403 shares of Taylor Morrison. What happened? I got the default selection of roughly four-tenths of a Taylor Morrison share plus $12.64 for each AV share I owned.

Coincidentally, the market took a deep dive at almost the same point, and those Taylor Morrison shares I was willing to pay $21.50 for a few months earlier were now selling for less than $16. Now the question was: Should I use the $12,647 in AV Homes proceeds to buy Taylor Morrison shares, as I originally intended? After all, if I thought the shares were reasonably priced at $21.50, I should be champing at the bit to buy them now.

Of course, it’s never that easy. When you look at a stock that’s down 26% from when you last considered buying it, you ask yourself, What does the market know that I don’t know? Sure, part of the market’s sudden skittishness is about rising interest rates. Rising rates make houses less affordable. At a 4% interest rate, the monthly payment on a $250,000, 30-year mortgage is $1,194. But if rates were to pop up to 6%, that $250,000 mortgage would cost you almost $1,500 per month.

Rising rates also hit the supply side of the equation, tamping—and, eventually, stamping—down housing prices. Lower demand and lower housing prices would be bad for Taylor Morrison. I think we’re a long way from that stage of the cycle, though. Employment is strong, and wages are rising—a situation that is generally good for housing. I also still like Taylor Morrison as a company. So, the day before Taylor Morrison reported quarterly results, I bought 820 shares for $15.73 a share.

It’s a little risky to buy on earnings eve. But I expected earnings to be good and the stock to rise in response, which actually did happen. I wanted the bargain price, so I had to move quickly. This month, I guess I can chalk up a win in the “plan and execute” column, too.