How My Portfolio Performed in 2017

The market ran so fast that the relatively conservative portfolio of Kiplinger's Practical Investor simply couldn't keep up. 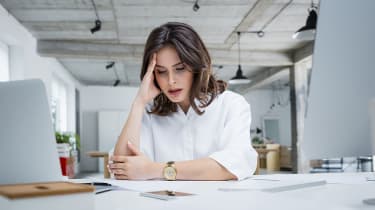 In a normal year, I’d practically break my arm patting myself on the back for earning a 19% return. But 2017 wasn’t normal. The market ran so fast—the index I measure against gained 21%—that my relatively conservative portfolio couldn’t keep up.

My rationale for skewing toward the safe side, particularly in the ninth year of a bull market, is that I’ll minimize my losses when stocks in general turn south. Six months ago, I thought the bull was long in the tooth. But I think the new tax law has given the market a second wind. My benchmark index rose 4% in the first two weeks of 2018, and my portfolio jumped 7%.

But the Practical Investing portfolio has completed its sixth year, and it has not been an overwhelming success. Although many of you have written to say you like the column and to encourage me to continue, the initial question was: Could a marginally lethargic individual investor meet or beat the performance of an index? The answer: No. Or at least not this marginally lethargic investor.

I dug in to see where I went wrong and found I should have been even more lethargic with respect to trading. I sold good com­panies when I shouldn’t have. A few, such as Schnitzer Steel (SCHN, $37), I don’t regret selling. But I sold some good companies simply because I thought they had grown too expensive, given their stock prices compared with their projected earnings.

That might make sense for a trader, but not for a long-term investor like me. Sure, you ought to sell if a company becomes ludicrously overvalued. But if the stock price is less than 30% higher than your initial target, I’d now recommend that you hang on and let the earnings catch up to the price. Why? Because you probably aren’t disciplined enough to remember to buy the shares back when the price drops to a level you consider more reasonable. And if you don’t repurchase the shares, you’ll be doing what I’m doing here, which is talking about the big ones that got away.

I sold Lockheed Martin (LMT, $336) in 2012, thinking that earning a 30% profit on the stock in less than a year made me some kind of genius. Shortly after I sold, the company’s stock price dropped, and I gloated. Had I not been so busy congratulating myself on sidestepping that temporary dip, I would have taken advantage of it to repurchase the shares for the same reasons I initially bought the stock: Lockheed was a great company selling at a bargain price. Instead, I watched from the sidelines as Lockheed’s stock price eventually quadrupled.

The other stock I should have kept was Microsoft (MSFT, $90). It more than doubled in price while I held it but continued to soar after I sold. It’s now worth three-and-a-half times what I paid for it. And that’s not counting the dividend.

Had I simply held the 19 stocks I bought initially, I would still be running neck-and-neck with the index. Those stocks gained 127%. Dividends would have added another 2% to 3% annually. And I’d be singing a happier tune.