Over the past 87 years, big-company stocks have earned investors an annualized 10%.

When I look at my “Practical Investing” portfolio, I see a handful of great picks: counterintuitive bargains that were later discovered by Wall Street. Of course, I hold a few dogs, too. But the biggest reason my portfolio soared 29% in 19 months is that I had the good fortune to put a bunch of cash into the stock market at the right time.

In October 2011, when I made the first investments for this portfolio, I was uncharacteristically flush with cash. I had just sold my home of 20 years and reaped the reward that many a conservative spender gains on the sale of real estate: a huge return of capital.

A home can be an effective savings plan, at least for those of us who pay a little extra toward the mortgage each month and rarely borrow from the growing equity. The house also gained in value, by some 60% (exclusive of remodeling projects). But that works out to an appreciation rate that roughly tracks the rate of inflation.

Still, if you pour a few thousand dollars a month into even a slow-growing investment (and this is not that difficult when you can live in the investment), it’s amazing how rapidly your nest egg expands. Invest $2,000 monthly and earn just 3% and you’ll have nearly $660,000 in 20 years. Admittedly, a good portion of your mortgage payment goes to pay interest. But the leverage works for you, too, because the home’s appreciation is based on the total value, not just your equity. Thus, if your home’s value rises as much as the after-tax cost of the loan, you end up ahead.

That can be a compelling opportunity later in life, when you no longer need a big house with a kid-friendly yard. Better yet, it’s a tax-favored opportunity because Uncle Sam lets you exclude up to $250,000 of the gain per person ($500,000 per couple) from tax. But I digress.

So there I was with a fistful of cash in October 2011. Predictably, I put some of the money into a new home. But at a time when many investors were scared of stocks, I was eager to pour money into the market. Why? For the same reason that I pulled money out of U.S. stocks in 1999: I expected a so-called reversion to the mean.

Simply put, in the 87 years that Morningstar’s Ibbotson unit has tracked market history, big-company stocks have returned just under 10% annualized. In any given year, the market rarely clocks in at precisely 10%. But over longer stretches—typically a decade or two—an annualized 10% is roughly the average (or “mean”) return you should expect from the stock market.

But in the two-decade period that ended in 1999, the market returned nearly twice the long-term average—17.9% annualized. Simple math told me that after two decades of earning nearly twice the market’s historical return, bad times were coming. And, of course, they did.

Fast-forward to late 2011. At that point, the market’s return over the previous ten years was a piddling 1.4% annualized. That was one of the lowest ten-year records ever and suggested that we could be in for a period of unusually good returns.

That has been true so far, and I remain optimistic, not just because the trailing ten-year returns remain relatively low. Many great companies still sell at reasonable price-earnings ratios relative to their growth potential, and they are awash in cash. That cash gives businesses the wherewithal to retool and hire quickly when the economy picks up steam, which should spur rising earnings and stock prices.

Of course, nothing is certain—in life or in the market. But in my view, you don’t have to be a genius to earn solid returns in today’s market. You just need to be invested.

Kathy Kristof is author of the book Investing 101. You can see her portfolio at kiplinger.com/links/practicalportfolio.

Blowout earnings from Apple (AAPL), Amazon.com (AMZN) and Facebook (FB) led another charge by the Nasdaq on Friday.
Apple’s Stock Split Could Dampen the Dow 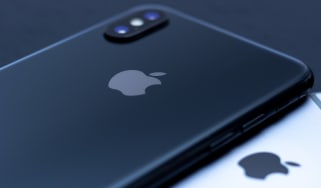 iPhone maker Apple (AAPL), currently the most important stock in the blue-chip average, will see its influence decline substantially after a 4-for-1 s…
Skip to ContentSkip to Footer