Why European Stocks Are Worth a Second Look

Best bets for investors will be those companies with strong sales outside the Euro zone. 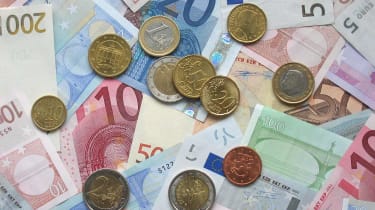 European Central Bank president Mario Draghi surprised the markets earlier this year by persuading members of the bank’s governing council to begin buying more than 1 trillion euros’ worth of private and government bonds over the next 18 months. The strong move challenged skeptics who claimed that the ECB had run out of ammunition to stimulate sickly European economies. And investors sided with Draghi. European stocks had already rallied sharply in anticipation of Draghi’s move. When the policy was announced, they soared even higher.

Draghi’s policy was no small feat, con­sidering that Germany had steadfastly opposed a major bond-purchase program. The ECB president won over doubters by pointing to the U.S. economy to bolster his argument. In 2012, Federal Reserve chairman Ben Bernanke also faced opposition to a third round of quantitative easing, but he pushed through an open-ended bond-buying program that eventually swelled the Fed’s balance sheet by more than $1.5 trillion by the time the program ended last October. Since the beginning of the third round of QE, the U.S. unemployment rate has fallen from 7.8% to 5.6%. In contrast, over the same period the unemployment rate in Europe has hovered around 11.5%. I believe that Draghi was able to convince ECB members that a good part of the difference could be attributed to the Fed’s aggressive monetary stimulus.

To jump-start Europe’s economy, the ECB is focusing on depreciating the euro. Up to one-half of the gross domestic product in eurozone countries depends on exports. In August 2012, I noted in my column that the euro would have to depreciate significantly in order to generate a meaningful European recovery. It has taken a long time for the ECB to move in that direction, but better late than never. Over the past several months, Draghi has talked the European currency down from its dollar equivalent of $1.40 to $1.13, and some observers believe that the euro could fall to a level on par with the U.S. dollar or even lower.

The euro’s rapid decline motivated the Swiss National Bank to stop linking its currency to the euro. After some volatile trading, the franc has settled down to a level relative to the dollar that’s not far from where it was last September, after the euro began falling. Swiss-based firms that generate much of their revenue from exports will now find it more challenging to compete. But any anxiety that the Swiss move to decouple the franc marks the beginning of another general currency crisis is completely unfounded.

Stocks are cheap. In contrast to the Swiss situation, a depreciating euro makes eurozone exports cheaper and boosts tourism. Plus, the ECB’s purchase of bonds will increase bank reserves and the liquidity of the European banking system, which finances a much greater share of companies’ cash needs than do banks in the U.S. Liquidity combined with a falling euro should give considerable lift to countries in the eurozone.

What does this mean for investors? Despite their recent run-up, European stocks are still relatively cheap, selling for 15.5 times earnings compared with a price-earnings ratio of 17 for U.S. stocks. Because of the substantial decline that the euro has already experienced, the risk to U.S. investors of further currency depreciation is less than it was last year, when the euro was valued at much higher levels. Investors who concentrate on firms with a large volume of exports outside the eurozone, such as InBev (BUD), Unilever(UL) and Daimler (DDAIF), will probably gain the most from the currency’s depreciation. Despite the otherwise dreary economic news from across the Atlantic, European stocks are definitely worth a second look.