Small-cap stocks tend to move in cycles, and we look to be on the rising side of one. 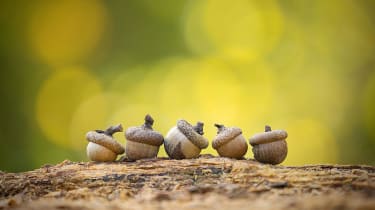 Of course, there’s a trade-off. Higher returns are the reward you get for taking on greater risk, and small caps are riskier than large caps. Shares in smaller companies are naturally more volatile because their businesses lack the financial resources of big firms. A new competitor or a failed product can put them out of business.

In recent years, small caps have developed another vulnerability. As index investing has grown more popular, investors have flocked to exchange-traded funds that track Standard & Poor’s 500-stock index, the large-cap index that is often viewed as the market benchmark.

Nevertheless, after trailing the S&P for more than four years, small caps are stirring. Through the first six months of 2018, the Russell 2000, a small-stock yardstick, has beaten the large-cap benchmark by nearly five percentage points, hitting new highs. Is something changing?

The main case for small caps now is that they tend to be focused on the U.S. market, with little exposure to international trade.

Time to think small? Small caps move up and down in cycles. Studying the data last year, economist Erik Norland, with financial marketplace firm CME Group, found six distinct periods over the past four decades. From 1979 to 1983, the cumulative gain of the Russell 2000 was more than twice the return of the S&P 500. From 1983 to 1990, large caps beat small caps by an even greater margin. Over the next four years, small caps outshone large caps, but they were on the losing end from 1994 to 1999. Small caps whipped large caps from 1999 to 2014, with the Russell up 268% to the S&P 500’s 84%. Since then the S&P has had the edge.

Unfortunately, there seems to be no clear reason why cycles end or begin. Norland believes small caps disproportionately benefit from growth spurts in the economy, but I detect no consistent pattern. The main case for small caps now is that they tend to be focused on the U.S. market, with little exposure to international trade at a time when the Trump administration is imposing tariffs and other countries are retaliating. Perhaps that’s true, but I see these cycles more as prolonged random walks. Once started, a small-cap cycle often gains momentum, and the recent ascendancy of smaller companies could mean that a new trend is beginning after a lull.

Small caps, however, represent a part of the market that is potentially inefficient—that is, many of the stocks are overlooked and could present bargains. For example, Yahoo Finance reports that 31 analysts have made 2019 earnings estimates for Microsoft (MSFT), but only five cover Stamps.com (STMP, $271), which provides internet-based mailing solutions. With a $4.9 billion market cap, it was recently the 17th-largest holding of the Vanguard Russell 2000 ETF.

It can be wise, then, to look for smart stock pickers. There aren’t many, and in recent years, some small-cap funds have larded their portfolios with mid-cap stocks in order to boost returns. Hodges Small Cap (HDPSX), by contrast, is a true small-company fund. Its average annual return over the past five years is 9.4%, with an expense ratio of 1.28%. (If you buy managed small-cap funds, you’ll pay a relatively high price for the stock picking.)

In researching small caps, I identified a powerful current trend: Small-cap value stocks are being trounced by small-cap growth stocks (see Value Vs. Growth Stocks: Which Will Come Out on Top?). I knew this trend prevailed for large caps, and I assumed the reason was the incredible performance of Apple and other tech giants. But look at small caps. The Russell 2000 Value index, composed of companies in the index that have lower ratios of price to book value (book value is a company’s net worth on its balance sheet), has trailed the Russell 2000 Growth index by 2.6 percentage points, on average, for the past five years. Over the past 12 months, Russell Growth has beaten its value counterpart 24.6% to 14.9%.

My conclusion is that small-cap value could start to catch up with growth. These bargain-priced stocks present excellent opportunities right now. Consider iShares Russell 2000 Value (IWN, $134), an ETF with an expense ratio of just 0.24%, whose portfolio mimics the index. Another ETF, iShares S&P Small-Cap 600 Value (IJS, $167), owns the value components of a slightly different small-cap index, with expenses of 0.25%. Both funds own suitably small stocks. The Russell ETF has an average market cap of $1.7 billion; the S&P version, $1.5 billion.

Consider the stock pickers. Again, the managed funds in this sector deserve attention. One of the best is T. Rowe Price Small-Cap Value (PRSVX), with a five-year average annual return of 10.8%, compared with 10.4% for the Russell 2000 Value index. The fund, a member of the Kiplinger 25, the list of our favorite no-load funds, has a portfolio that is currently heavily weighted toward financials, which make up 27% of assets, compared with just 10% in technology. A typical holding is TowneBank (TOWN, $32), which operates in Virginia and North Carolina; it carries a price-earnings ratio of 15, based on a consensus of the 2018 profit forecasts of five analysts. The fund has an expense ratio of 0.91%.

Stocks in the portfolio of Bridgeway Small-Cap Value (BRSVX) have an average market cap that’s smaller than the average for the Russell 2000 Value index. I like that. Smaller means more shunned. The fund, with a veteran management team, has returned an annual average of 9.0% over the past five years, with an expense ratio of 0.94%. Its top holding is SkyWest (SKYW, $55), a regional airline with a P/E of just 12 based on 2018 estimates.

Queens Road Small Cap Value (QRSVX) is a little gem. Its average market cap is about the same as that of the Russell 2000, and it has a low-turnover portfolio of 46 stocks. Its holdings include Oshkosh (OSK, $74), a maker of heavy-duty trucks, with a P/E of 13, and Anixter International (AXE, $65), a distributor of electronic cables and wires, with a P/E of 12. The fund has returned 8.0% annualized over the past five years, and so far in 2018 it’s up 4.1%.

Buying individual small-cap stocks can be challenging because the companies are less scrutinized. A good way to find winners is to examine the holdings of strong managed funds. That is what I have done here (stocks I like are in bold). But you can do well with mutual funds and ETFs alone. Just remember that with small caps, the ups and downs can be extreme, but the rewards—if history is a guide—make the rough trip worth it.

James K. Glassman chairs Glassman Advisory, a public-affairs consulting firm. He does not write about his clients and owns none of the stocks or funds recommended in this column.