7 Small-Cap Stock Funds That Could Pay Off Big 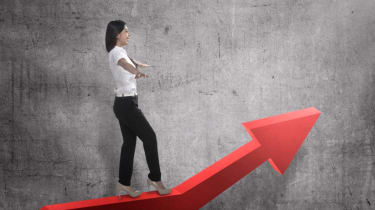 You may have seen the most dramatic curve in the history of investing. It was devised by the Chicago research firm Ibbotson & Associates (now owned by Morningstar), and it shows the value of one dollar invested in a basket of large-capitalization stocks in 1926 and held, with dividends and capital gains reinvested, until the present. That single dollar would have grown to $5,115 by the end of February 2016.

Small caps also tend to move in cycles. They beat large caps over some multiyear stretches, then lag for other stretches. These periods vary in length, so you can forget trying to time them precisely. Still, a particularly good time to buy small caps tends to be when they have been lagging large caps for a few years. And that’s where we happen to be right now.

Capitalization refers to a stock’s value in the market. It’s calculated by multiplying the number of shares outstanding by the current share price. There is no precise definition of a small-cap stock, but the capitalization of the average company in the Russell 2000 index, a popular small-cap benchmark, is $1.8 billion; the largest stock in that index has a market cap of $5.5 billion. The average company in Standard & Poor’s 500-stock index, the traditional large-cap benchmark, has a capitalization of $37.4 billion; the largest—Apple (symbol AAPL)—has a $604 billion capitalization. (Returns and prices are as of March 31.)

Small- and large-cap stocks sometimes seem as if they’re on two different planets. Over the past 12 months, for example, the S&P 500 has increased 1.8%, including dividends, but the Russell 2000 has fallen 9.8%. Over the past five years, the S&P 500 has returned an annualized 11.6%; the Russell 2000 has earned 7.2% annualized. That is the sort of divergence that a contrarian investor should love. Is there a good reason that large caps should be returning about half again as much as small caps? Not really. It’s just the way markets operate. Investors become enthusiastic about one group, then lose interest and bestow their enthusiasm on the other.

Not only do small caps appear to be cheap, but small-cap value stocks appear to be even cheaper. Again, a definition: Value stocks are those that are cheap in relation to profits, book value (assets minus liabilities) and other basic measures of corporate performance. Value stocks are typically those that are out of favor with investors when compared with growth stocks. The Russell 2000 Value index comprises stocks with an average price-to-book-value ratio of 1.3, compared with 3.5 for the Russell 2000 Growth index. The Value index also has a lower price-earnings ratio: 18, compared with 23 for the Growth index.

A big reason for the difference is that the earnings of companies in the Value index have grown by an annual average of 6.7% over the past five years, compared with 7.7% annualized for firms in the Growth index. (To determine which stocks fall under the value and growth rubrics, Russell uses a complicated formula that takes into account price-to-book-value ratios, forecast earnings growth and historic sales growth.)

The appeal of value stocks is that investors pay relatively few dollars for each dollar of a firm’s profits or assets. Shares of value companies may continue to lag, of course, but they will often pick up steam as a firm’s prospects—and profits—improve. The past decade has been a mediocre one for both large- and small-cap value stocks.

In the small-cap segment, growth returned an annualized 5.4% over the past 10 years; value returned just 5.1%. But over long periods (20 years and more), history shows that small-cap value consistently beats growth—and does so with less risk.

So I’m convinced that the single best sector for investors right now is small-cap value stocks. My timing may not be perfect, but after years of underperformance, it makes sense. If you don’t own small-cap stocks, buy them, and put the emphasis on slower growers with lower valuations.

Finding and analyzing individual small-cap stocks is not easy. Most of the companies aren’t household names, and fewer analysts follow them than large caps. That’s one reason small caps are ideal for buying through index funds. A good choice is iShares Core S&P Small-Cap (IJR), an exchange-traded fund based on an index maintained by S&P. The average capitalization of companies in the portfolio is $1.3 billion. The ETF has an expense ratio of only 0.12%, but you may have to pay a commission to buy and sell (most online brokers let you trade certain ETFs without commissions). The value-stock version, iShares S&P Small-Cap 600 Value (IJS), targets small-cap bargains. An example is Sanderson Farms (SAFM, $90), a poultry processor that is a longtime favorite of mine. Its P/E, based on average analyst profit estimates for the fiscal year that ends in October, is 15. (Stocks and funds in boldface are those I recommend.)

More mid caps. If you prefer less risk and are willing to accept perhaps less reward, consider Vanguard Small-Cap Index (NAESX), a mutual fund whose portfolio of about 1,500 stocks, based on a benchmark developed by the Center for Research in Security Prices, at the University of Chicago, is larded with midsize firms. Vanguard Small-Cap Value Index (VISVX), with mid caps making up about one-third of its portfolio, is geared toward the Russell 2000 Value index and, like Vanguard Small-Cap Index, has an expense ratio of 0.20%. The average market cap of stocks in the two funds is about twice that of the iShares offerings.

If you want a human being to pick your stocks, consider Northern Small Cap Value (NOSGX), which charges 1.00% per year and has returned 8.8% annualized over the past five years, beating the Russell 2000 Value index by an average of 2.1 percentage points per year. Two other good choices: Queens Road Small Cap Value (QRSVX), a small fund with a low risk profile, and T. Rowe Price Small-Cap Value (PRSVX), a member of the Kiplinger 25 whose holdings lean a bit more toward growth than the other funds. Queens Road charges 1.24% a year; the Price fund charges 0.80%, an attractive figure for a managed fund.

James K. Glassman, a visiting fellow at the American Enterprise Institute, is the author, most recently, of Safety Net: The Strategy for De-Risking Your Investments in a Time of Turbulence.

A better-than-expected employment report that saw 1.8 million U.S. jobs added in July didn't give the markets much of a boost Friday.
The Pros' Top 5 Industrial Stocks

The industrial sector is lagging badly this year, but anytime there's carnage, there is also opportunity, analysts say.
Skip to ContentSkip to Footer