The Best Stock in Massachusetts: Biogen

We analyzed publicly traded companies based in the Bay State to identify the best stock in Massachusetts to buy now. 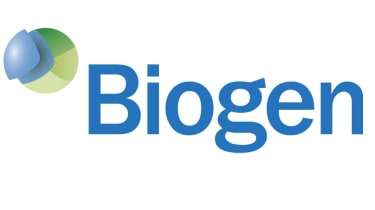 We scoured the nation to identify the best stock in every state. Biogen (symbol BIIB) is the publicly traded company we picked in Massachusetts. The company headquarters is located in Cambridge.

But CFRA analyst Jeffrey Loo believes Biogen is positioned to maintain a leading share in an expanding and diverse market for MS treatments. He projects a slight uptick in revenues from Biogen’s flagship MS drug, Tecfidera, to $4.13 billion this year, up from $3.97 billion in 2016. And Morningstar analyst Karen Andersen has high hopes for Spinraza, a drug aimed at treating spinal muscular atrophy, following recent approvals from the U.S. Food and Drug Administration and the European Union. She sees annual sales of the drug hitting $2 billion by 2020. CFRA’s Loo projects a 23% gain in earnings per share for Biogen in 2017, followed by a 9% increase in 2018. Shares trade at just 13 times Loo’s 2017 earnings estimate, making the stock a good value compared with peers. His 12-month price target of $387 would put Biogen’s shares in line with other biotech firms, says Loo, trading at 18.5 times earnings. That implies a 38% bump from the stock’s current price.