We pick companies that will grow no matter what happens to the economy. 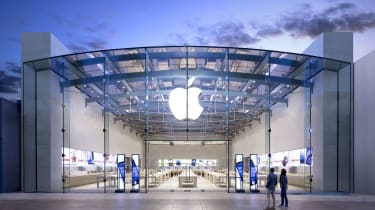 Drug and medical-device maker Abbott Laboratories (symbol ABT, $44) is focusing on high-growth areas. Last July, the firm said it would sell part of its overseas generic-drug business to Mylan for $5.3 billion. The deal, slated to close in 2015, will allow Abbott to focus on emerging markets, where sales in the third quarter of 2014 rose by double-digit percentages from the same period in 2013 and helped boost overall profits by 13%. “Abbott will have a higher growth profile,” says Mark Freeman, comanager of the Westwood Income Opportunity Fund. (All prices are as of October 31.)

Unlike Visa and MasterCard, which pride themselves on wide acceptance of their credit cards (Visa’s slogan is “Everywhere you want to be”), American Express (AXP, $90) is known for a more limited reach. But the company is trying to change that. In 2014, Amex launched OptBlue, which allows third-party processors to manage card transactions for small retailers. Execs believe the number of mom-and-pop stores newly accepting Amex could rise by 50% annually for several years. That, plus an improving U.S. economy, could get more consumers reaching for their Amex cards.

In 2014, Apple (AAPL, $108) proved it could continue to roll out coveted products. Michael Walkley, an analyst at Canaccord Genuity, says he expects a “record upgrade cycle” for the new iPhone 6 and iPhone 6 Plus. In the quarter that ended in September, during which the latest iPhone models were released, Apple saw its strongest revenue growth rate in seven quarters. Its new mobile-payment system, Apple Pay, faces competition, but adoption by retailers is growing. And a high-tech wristwatch, Apple Watch, should start shipping in early 2015.

The case for large biotech companies has never been so compelling, says Matt Peron, head of global stock investing at Northern Trust. Although the industry is churning out many new drugs with long patent lives, some of the stocks remain attractively priced. Gilead Sciences (GILD, $112) is a leading example. Gilead won approval from U.S. regulators in October to sell Harvoni, which could become a blockbuster hepatitis C drug. Gilead also has treatments for HIV. Analysts say profits could increase by 25% in 2015, yet the stock trades for just 11 times estimated earnings.

Fewer people may be going to malls, but Macy’s (M, $58) has taken key steps to customize merchandise and attract shoppers. For example, consumers can check online to see if an item is in a nearby store. “Macy’s understands who its customer is,” says Eric Heyman, comanager of Olstein Strategic Opportunities Fund. If an improving economy boosts consumer spending, Macy’s will be ready. Among other things, Macy’s, which also owns the Bloomingdale’s chain, has started testing same-day delivery from stores. Analysts see earnings rising 13% in the Jan­uary 2016 fiscal year.

A boom in the aerospace industry is boosting Precision Castparts (PCP, $221). The firm makes complex molds and other components used to build jet engines. For three of the past four quarters (most recently the July–September period), the company has fallen short of earnings forecasts as clients used up inventory. As a result, the stock has dropped 13% over the past year. But Stephen Levenson, an analyst at investment bank Stifel, says the de-stocking should end in early 2015. Meanwhile, production of the high-tech Airbus A350 XWB and Boeing 787 Dreamliner will boost profits.

Low interest rates have pressured profits at Charles Schwab (SCHW, $29), which is waiving fees to prevent clients from suffering losses in money market funds. But the broker is making up for it with volume. According to a report by the William Blair firm, Schwab was on track to gather more than $100 billion in net new assets for the third straight year in 2014. “Schwab is an asset-gathering machine,” says Pin Oak Equity Fund manager Mark Oelschlager. Schwab plans to jump on the “robo adviser” bandwagon in 2015, offering automated portfolios to clients with low balances.

Power-tool maker Stanley Black & Decker (SWK, $94) is benefiting from a housing rebound. In the third quarter, sales in Stanley’s do-it-yourself segment rose 9%. Weak performance at a European subsidiary has hurt overall results, but Ron Sloan, senior manager of the Invesco Charter Fund, says Stanley is taking steps to right the business. That will help the company’s profit margins, which Sloan says could climb by as much as three percentage points in 2015. “Companies already operating at high margins won’t have that opportunity,” he says.