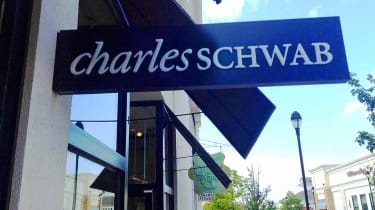 The nation's two biggest publicly traded discount brokers are discussing a merger, according to reports, that could very well set off a frenzy of mergers and acquisitions in an online brokerage industry hampered by free commissions and other aggressive promotions.

Charles Schwab (SCHW, $44.75) is nearing an agreement to acquire TD Ameritrade (AMTD, $41.38) for more than $25 billion, CNBC reported early Thursday. Should the deal be struck and pass regulatory muster, the new combined company would create a mammoth in the retail brokerage business.

Other brokers would almost certainly feel pressured to strike deals of their own, analysts say.

Driving the consolidation among retail brokers is a bruising price war, whereby one broker after another has slashed commissions. Indeed, all the major retail brokerages have moved to $0 commissions in recent months.

Interactive Brokers Group (IBKR) announced a "Lite" version of its platform with commission-free stock and ETF trades in late September. In October, Schwab led the charge among the major online brokerages to unlimited commission-free stock, ETF and options trades, and was soon followed by TD Ameritrade, E*Trade (ETFC) and Fidelity.

But with the revenue stream from commissions having all but disappeared, brokers are more dependent than ever in finding new sources of profits and building economies of scale.

"Consolidation thus far has been good, and I think that will probably continue to be the case here," Devin Ryan, financial analyst at JMP Securities, told CNBC. "The key thing is what does the consumer get out of this? Ultimately the consumer’s been treated very well with lower commission pricing, (they're) getting paid more on a lot of different parts of the platform."

A deal of this size is momentous for the retail brokerage industry. Indeed, SCHW shares jumped by more than 8% shortly after the announcement, while AMTD rocketed nearly 20% higher.

But the news isn't terribly surprising to analysts, traders or investors. Schwab's founder and Chairman Charles Schwab, founder and chairman of his eponymous firm, told CNBC in October that consolidation in the retail brokerage industry is a "logical conclusion that will occur."

JMP Securities analyst Ryan told CNBC that market watchers have been focused on E*Trade as a potential acquisition target. Schwab's entreaties to TD Ameritrade could accelerate that process.

"Everyone's been focused on E*Trade being the potential consolidation target," Ryan says.

TD Ameritrade CEO Tim Hockey disclosed earlier this year that he would step away from the firm in February 2020. The combined company would be run by Schwab CEO Walter Bettinger, CNBC reports.

Vanguard funds account for a third of the 100 most popular 401(k) retirement products. We rank Vanguard's best actively managed funds, including its t…
Best Bond Funds for Every Need