Is It Too Late to Invest in Health Care?

The hottest sector of the past 25 years is richly priced, but the growth opportunities are huge. 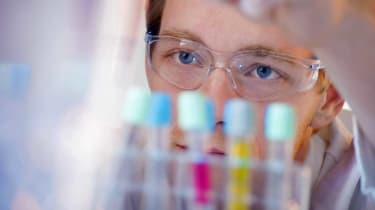 Health care stocks, traditionally defensive investments, are proving to be the market’s best all-weather sector. Since the start of the last bear market on October 9, 2007, Standard & Poor’s Health Care index has been by far the best performing of S&P’s ten sectors, climbing 140.3%, or 12.2% annualized. Over that period, health stocks beat the number two sector, consumer discretionary, by an average of 0.7 percentage point per year and topped Standard & Poor’s 500-stock index by an average of 5.9 points per year.

Health care’s dominance, moreover, is long-lived. The sector held up remarkably well during the 2007-09 bear market. The S&P Health Care index was the second top sector during the bloodbath, falling 38.0%, compared with a 55.3% tumble for the S&P 500. Since the bear market’s March 9, 2009, nadir, health care returned 287.4%, or 24.3% annualized. That beat the S&P 500 by an average of 1.7 percentage points per year. Health care also performed strongly during the 1990s. Add it all up and, health care is the top-performing sector over the past 25 years, with the S&P Health Care index returning an annualized 12.3%, compared with 9.6% for the S&P 500. (All returns in this article are through May 29 unless otherwise indicated.)

Health care has long been one of my favorite stock sectors. Why? Because of the unquenchable demand for health care products and services and the continuing breakthroughs in medical science that further spur demand.

Just ask yourself one question: Would you rather have a new BMW or two more years of life? That’s why health care is the classic defensive sector. Most people don’t cut their health spending much, even during a recession. After all, if you have a heart attack, you’re going to the hospital—regardless of the state of your finances.

But here’s the rub: In the stock market, everything has a price. And major parts of the health care sector—biotechnology and some drug companies—have seen their shares rise too far, too fast.

Consider a few price-earnings ratios. The S&P 500 Health Care sector boasts a P/E of 19 based on analysts’ earnings estimates for the coming 12 months. The Nasdaq Biotechnology index carries a P/E of 31. The P/E of Regeneron Pharmaceuticals (symbol REGN) is 46, that of Alexion Pharmaceuticals (ALXN) is 33 and that of Illumina (ILMN) is 58.

By contrast, the long-term average P/E of the S&P 500 is 15.5. Yes, many biotech and pharmaceutical companies will see sharply rising earnings in the coming years. But their stock prices already reflect a whole lot of future growth. Says Alec Lucas, a Morningstar analyst: “Scientific breakthroughs can boost stock prices, but they can’t immunize them from sell-offs.”

Stock sectors almost never turn around on a dime when they reach an inflated P/E. More typically, their stocks continue to rise for months or years, becoming increasingly overpriced—and only falling when some catalyst precipitates a sell-off in the sector.

What’s more, several strong tailwinds have propelled health stocks to record heights. After a long dry spell during the ’00s, biotech breakthroughs are now coming at a breakneck pace, and biotech stocks are on a rampage. Obamacare has swelled the ranks of Americans with health insurance by more than 11 million. Aging populations in most of the developed world, including the U.S., are boosting demand for health care. Incomes are rising in many emerging countries, further swelling spending on health care.

What does all this mean for you, the investor? Unfortunately, it’s a complicated picture. The P/Es of many biotech stocks are crazy, and I wouldn’t buy them. Hundreds of companies have developed promising compounds only to have them fail in late-stage trials, often because of deleterious side effects. (The U.S. Food and Drug Administration must find a product to be both safe and effective before approving its use.) Hundreds of other biotech companies have simply run out of money.

But future growth in health care spending is inevitable, and some of these biotech firms will hit pay dirt. Shares of health insurers and some drug companies do trade at more palatable prices. Plus, mergers and buyouts should further help drive up health care stocks.

Health care accounts for 15% of the S&P 500. I think that’s a sensible allocation for most investors. You can find out what percentage each of your funds has in health care at Morningstar.com.

If your portfolio is light on health care, consider adding a dose of Vanguard Health Care (VGHCX) to your investments. Run by Wellington Management, the fund has beaten the S&P 500 every year but one since 2007. Over the past 10 years, it has returned an annualized 13.6%—an average of 5.4 percentage points per year more than the S&P. With a distinct value tilt relative to most health care funds, Vanguard has been 15% less volatile than the S&P over the past 10 years. Only 13.4% of assets are currently in biotech. The retirement in 2012 of longtime manager Ed Owens is a loss, but Wellington has plenty of good managers. Expenses are just 0.34% annually.

In sum, many health stocks appear to be overpriced, but over the long term, this sector will perform well—even if you end up buying at a peak. Just don’t overdo it, particularly now.