Is a Roth Just a Wolf in Sheep's Clothing?

Forgoing a tax deduction today for a promise in the future is riskier than you might think. 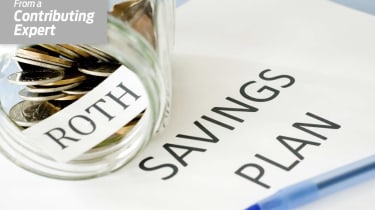 With all due respect to the late Sen. William Roth from Delaware, the Roth IRA, and now the Roth 401(k), are among the worst ideas foisted upon the American taxpayer since the idea of paying your federal income taxes with your American Express card. Let me explain.

On the surface, the Roth sounds terrific: Put money aside today, and draw it out tax-free at retirement. There’s only one catch: No one can or will guarantee you that when it comes time to take withdrawals that they will remain tax-free as promised. You see, the tax code is subject to the whims of the Congress, specifically the House Ways and Means Committee where all tax legislation must originate. More on that in just a bit.

To get the promised tax-free return of a Roth, one must forego the tax deduction that comes with the traditional IRA and/or 401(k). So what’s the big deal? Let’s do some math. For a couple with taxable income in excess of about $75,000, every dollar earned over that amount up to $151,200 is taxed at a 25% rate. Make an extra $5,000 in the 25% tax bracket, and you get to keep only $3,750. And the higher your tax bracket, the more costly the tax hit becomes. A couple with an adjusted gross income of up to $183,000—the limit for Roth contributions—could find themselves in the 28% tax bracket.

So what happens if you stick with the traditional pre-tax IRA or company 401(k) contribution? That $5,000 contribution ends up costing you net $3,750. You'll save $1,250 in taxes now—money that could have been used to pay expenses, pay down a mortgage, or put into an annuity to grow tax-deferred.

Now, the Roth advocates will say that in retirement all of the withdrawals, which have presumably grown as investments, will be free of federal income tax. And they are right. Unless the law changes, which brings me back to my first point.

No one can guarantee that in the future, say 20 to 30 years from now, that we will be operating under the same tax code. All one has to do is listen to the political banter between now and next November to hear that changes may be coming in the years ahead.

Recall the Economic Recovery Tax Act of 1981, which introduced a plethora of tax benefits, including accelerated depreciation and new investment tax credits, only to have them all taken away by the Tax Reform Act of 1986. It’s not inconceivable that we will be facing in the future more taxes or a whole new form of taxation such as a flat tax, a consumption tax, or a European-style value-added tax.

Remember, the benefits of the Roth are predicated on the idea that tax laws remain the same. Many taxpayers have set up Roths believing they will be in a higher tax bracket at retirement, but lower tax rates in the future would make tax-free income less meaningful. Nearly all of the Republican candidates have proposed some form of tax reduction or simplification. There’s little question the taxpayers are ready to simplify the tax code in some manner.

In the more-taxes scenario, it is not too farfetched to believe that Congress will institute some form of means testing on the billions of dollars that have accumulated tax-free in the Roth accounts. Now you say, how could they do that? And the answer is, the same way they did it with Social Security. This is my biggest worry.

Before 1983, every dollar that one received in Social Security benefits was totally tax-free. Today, up to 85% of one’s monthly Social Security check can be subject to taxation. It’s what commonly referred to as means testing. In other words, the government believes you have the means to live without the full payment because you are wealthy enough.

So, when are you considered “wealthy” in the government’s eyes? If you are married, filing a joint return and your adjusted gross income (that’s the amount before itemized deductions and personal exemptions) plus municipal bond interest and (get this) half of your Social Security benefits totals more than $44,000, you are in the big leagues and will pay taxes on 85% of your Social Security.

Can the same thing happen to the tax-free earnings that are accumulating in Roth accounts today? Who knows? But it happened with Social Security.

And what if we have a total upheaval of our tax system as I outlined above? My point is, foregoing a tax deduction today for a promise in the future is probably not a good idea unless you are in a 10-15% bracket, in which case you're not giving up much.

Joe Bert, CFP® is the Chairman and CEO of Certified Financial Group, Inc. and has been in the financial planning profession since 1976.

Joe Bert, CFP® is the Chairman and CEO of Certified Financial Group, Inc. and has been in the financial planning profession since 1976. Joe can be heard every Saturday in Orlando, FL on News 96.5 FM at 9:00 a.m. EST hosting On the Money and seen twice weekly on the Fox TV affiliate, WOFL Fox 35. An experienced and knowledgeable financial planning practitioner, he has been affectionately referred to as the "Oracle of Orlando®" by his audience.