Chasing yield? Check out these stock, bond and real estate offerings from the fund giant. 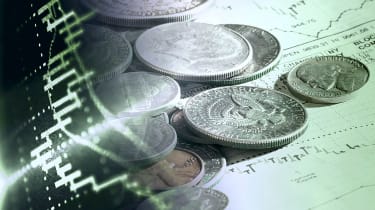 Fidelity Investments, which has some $1.8 trillion invested in its mutual funds, needs no introduction. But if earning cash from your investment portfolio is a chief goal, it is worth revisiting the behemoth's income-oriented lineup. That's because in recent years, Fidelity's dividend-stock funds have undergone important makeovers and are now more appealing. In other categories, such as bonds and real estate, you have plenty of options, but with short-term interest rates set to rise, some funds are better choices than others.

Here, we list our top picks, including several members from the Kiplinger 25, the roster of our favorite no-load mutual funds. (All returns are as of July 14.)

Not long ago, most of Fidelity's income-oriented stock fund offerings paid puny yields, as managers focused less on income and more on total return. But in 2011, the firm overhauled the funds' management teams and ordered them to live up to the promise of delivering cash. "There is a greater focus on yield now," says Katie Reichart, a Morningstar analyst.

Fidelity Growth & Income Portfolio (symbol FGRIX) is one good example. The fund pays out 1.8%, compared with 2.0% for Standard & Poor's 500-stock index. Rather than chasing the highest-yielding stocks, the fund is committed to investing in companies that can increase both earnings and dividends over time—an appealing strategy when interest rates are rising. So today, 22% of the fund is invested in banks, where dividends are still in the early stages of recovery from the financial crisis. Recent top holdings include JPMorgan Chase & Co. (JPM), Citigroup (C) and Bank of America Corp. (BAC). Technology companies make up the next biggest chunk of the fund (21%), which has holdings in cash-rich giants such as Apple (AAPL) and Microsoft (MSFT).

Because manager Matt Fruhan has been at the helm for less than five years, it's impossible to judge Growth & Income's long-term performance. But the fund has landed in the top half of Morningstar's large-blend category (funds that invest in both growth-oriented and undervalued companies) in three out of the past four calendar years, and it has delivered 3.8% year to date, beating the S&P 500 by a hair.

Real estate investment trusts—companies that own or finance apartment buildings, shopping malls and other income-producing properties—tend to offer fat yields. But worries about rising interest rates have hurt the group lately. Higher rates can make it more expensive for REITs to borrow money. Also, investors might be drawn to other options as yields on REITs look less attractive relative to the competition. Since hitting a recent peak in January, the S&P U.S. REIT index, a benchmark of publicly traded REITs in the U.S., has stumbled 9.6%, while the S&P 500 has returned 3.8%.

That makes the performance of Fidelity Real Estate Income (FRIFX), which is yielding 4.4%, all the more remarkable. For the same period, the fund has lost only 1.2%. Manager Mark Snyderman, who has been in charge since 2003, invests in a mix of investments, including REITs, as well as preferred stocks and corporate bonds issued by real estate companies. The fund has about 50% of its holdings in bonds, cash and securities backed by mortgages for commercial properties. The generous payout comes with elevated risk: More than half of the bond holdings have below-investment-grade credit ratings. But Snyderman has proved his ability to pick winners—and minimize losses. In 2008, for example, as the housing bubble burst, Real Estate Income gave up 31.0%, compared with the S&P 500's 37.0% loss.

An investment-grade bond fund is the core of any income-oriented portfolio. Here, a top option is Kip 25 member Fidelity Total Bond (FTBFX), yielding 2.9%. Although U.S. Treasuries and investment-grade corporate bonds are the fund's primary holdings, Total Bond can also own riskier fare, such as high-yield bonds and emerging-markets debt. That flexibility is a bonus when interest rates climb, because the fatter yields on those higher-risk investments help offset price declines (bond prices move in the opposite direction of yields). For example, earlier this year lead manager Ford O'Neil increased Total Bond's stake in high yield (aka junk) bonds to 18%—close to the maximum 20% that the fund's mandate allows—capitalizing on a sell-off in the category in late 2014. Such bargain hunting is "how he drives returns," says Christine Thompson, chief investment officer of Fidelity's fixed income group.

The fund has delivered consistently good results. Over the past 10 years, Total Bond has gained 5.0% annualized, beating the Barclays Capital U.S. Aggregate Bond index (a benchmark of investment-grade U.S. debt) by half of a percentage point. It has performed better than more than half of similar funds in seven of the 10 years through 2014. What's more, the fund has delivered those returns with less risk than the average intermediate-term bond fund.

Investors in high tax brackets should consider Fidelity Intermediate Municipal Income (FLTMX). The fund’s 1.6% tax-free yield is the same as 2.8% from a taxable investment for someone who faces the top federal rate of 43.4% (with $464,850 or more of taxable income for married taxpayers). The fund, also on the Kip 25 list, invests in muni bonds across the nation so, depending on where you live, part of the interest may escape state income taxes, too.

Intermediate Municipal Income rarely boasts the highest income distribution among its peers. That's because lead manager Mark Sommer prefers to stick to bonds with high credit ratings and, therefore, somewhat lower yields. But in turn you can expect a smoother ride from the fund. For example, it keeps 59% of its holdings in bonds rated double-A or better, compared with 25% for the average national muni bond fund, and it doesn't own any munis from Puerto Rico, which is now struggling to repay its debt. The fund's 10-year, annualized return is 3.9% (compared with 3.6% for its peers).

With the Federal Reserve poised to raise short-term interest rates, bond investors have been bracing for potential losses. One way to protect against rate hikes while still earning a decent payout is with Fidelity Floating Rate High Income (FFRHX), sporting a 3.7% yield. The fund invests in loans that banks make to companies with low credit ratings. Rates on these loans are tied to a short-term benchmark and typically reset every 30 to 90 days, making the loans a good buffer against rising interest rates. The downside is that because the loans are issued to riskier companies and the bank-loan universe is relatively small, losses can quickly multiply when the market stumbles. As a result, you don't want to make big bets on the highest-yielding, lowest-quality bank loans. Since Eric Mollenhauer took over as manager of Floating Rate High Income in 2013, the fund's exposure to lower-tier loans has ticked up a few notches. Even so, it's still a conservative choice. Loans with a double-B rating, the top credit tier within so-called junk bonds, make up 45% of the fund, compared with only 31% for the average bank loan fund.

For an even bigger payout, consider another Kip 25 member, Fidelity New Markets Income (FNMIX), which is delivering a sizable yield of 5.1%. The fund buys debt issued in more than 50 countries, the majority of which are emerging markets. These bonds often receive below-investment-grade credit ratings, which accounts for the fund's generous yield.

Experience makes all the difference in such a dicey area. Manager John Carlson has been in charge since June 1995, and since then the fund has delivered annualized returns of 11.9% (versus 10.2% for the average emerging-markets bond fund). The fund has landed in the top third of its category in eight of the past 10 calendar years, including so far in 2015. Carlson favors bonds that are denominated in dollars, which protects against volatile swings in local currencies. He has also built big positions in Venezuela and Russia, two oil-exporting countries where falling energy prices have pushed up yields. Carlson believes the countries can still make good on their debt—and, over the years, he has often been proved right.