On a risk-adjusted basis, stocks of midsize companies are the most profitable sector of the stock market. 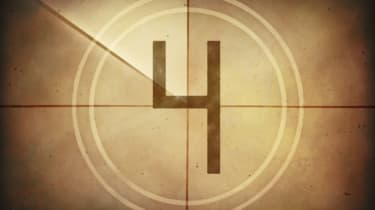 Countless academic studies have found that stocks of small U.S. companies beat large-capitalization stocks over the long term. But a closer look at the data shows that mid caps are the market’s real sweet spot.

The numbers are clear: Since 1926, U.S. mid caps have produced better returns than either large-cap stocks or small caps based on their Sharpe ratios, a widely accepted measure of risk-adjusted performance. Over that lengthy span, mid caps have returned an annualized 11.6%, compared with 9.6% for large caps and 12.1% for small caps. But small caps are 15% more volatile than mid caps—a high price to pay for one-half of one percentage point per year in additional gains.

Why should you care how stocks did on a risk-adjusted basis? Because the riskier the stocks you own, the deeper dives your investments will take in bear markets. And funds that suffer big losses are much harder to hold onto than funds with more-limited declines. “If you don’t stay invested in a fund, you’re not going to get its return,” says Michael Rawson, a Morningstar analyst.

Mid caps have also outperformed large-company and small-company stocks lately. Over the past 10 years, mid caps have returned an annualized 9.6%, compared with 8.3% for small caps and 7.2% for large caps.

Rawson compiled the data for this article from the University of Chicago’s Center for Research in Security Prices (CRSP). He divided the stock universe by market capitalization, which is determined by multiplying a stock’s price by the number of shares outstanding. Small caps had an average market cap of $1.1 billion; mid caps averaged $4.8 billion, and large caps averaged $50 billion. Measured by market value, large caps represent 77% of the U.S. stock market, mid caps 17% and small caps the rest.

Despite their superior performance over the past 10 years, mid caps aren’t particularly expensive. The average price-earnings ratio of mid-cap stocks at the end of October was only slightly higher that it has been historically, according to data compiled by the Leuthold Group, a Minneapolis-based investment firm.

Not only are mid caps first-rate investments, but fewer analysts track mid caps than large caps. That gives skilled fund managers who focus on this slice of the market a better shot at beating mid-cap index funds than managers who dabble in the large-cap space.

Below are my four favorite mid cap funds. Based on the evidence, you might consider adding one to your portfolio.

Champlain Mid Cap (symbol CIPMX) is a sturdy workhorse that boasts particularly good relative returns in sour markets. In 2011, for instance, the fund gained 2.3%, compared with a 4.0% loss for the average mid-cap growth fund. (Growth funds look for faster-growing companies, while value funds emphasize stocks that are cheap based on measures such as P/Es.) Over the past five years, the fund returned an annualized 13.6%, an average of 1.6 percentage points per year better than the average mid-cap growth fund. (All returns are through November 2.)

Lead manager Scott Brayman and several of the comanagers launched Champlain Small Company fund (CIPSX) in 2004 after a decade successfully managing a small-cap fund for the Sentinel fund family. The Mid Cap fund, started in 2004, uses the same strategy as Champlain Small Company (which is closed to new investors). Both emphasize companies with steadily growing profits and low debt that trade at reasonable prices relative to their profits. Champlain Mid Cap’s annual expense ratio of 1.29% is on the pricey side.

Fidelity Low-Priced Stock (FLPSX) defies gravity. Lead manager Joel Tillinghast has successfully steered this unusual fund for 26 years. Over the past 15 years, the fund returned an annualized 11.8%, putting it in the top 1% among mid-cap value funds. Over the past 12 months, the fund returned 4.6%, landing in the top 21% of its peers. The key criterion for inclusion in the fund is a share price that’s no greater than $35 at the time of purchase. The $42.1 billion behemoth has 55% of its assets in mid-cap stocks and the rest spread fairly evenly between small- and big-company stocks. Reporters and fund analysts have long tried to trip up Tillinghast by quizzing him on some of the smallest of his 887 holdings. Tillinghast, who has been assisted by six comanagers since 2011, knows all of the stocks. He employs a value-oriented strategy in hunting for strong businesses with low debt. Expenses are 0.79%.

T. Rowe Price Diversified Midcap Growth (PRDMX) earned an annualized 9.2% over the past 10 years—an average of 1.3 percentage points per year more than the typical mid-cap growth fund. Comanagers Donald Peters and Donald Easley hold stocks an average of four years and try to limit risk by owning more than 300 stocks, none of which accounts for more than 1% of the fund’s assets. The fund’s relatively small size, $464 million, is a plus, making it easier to trade. Expenses are 0.89%.

Vanguard Mid Cap Index Investor (VIMSX) is a first-rate choice for investors who want to match the market. The fund tracks the CRSP U.S. Mid Cap Index; the average market cap of its holdings is $10.4 billion. Expenses for this share class, which requires an initial minimum investment of $3,000, are 0.23%. The admiral shares (VIMAX), which require $10,000 to start, charge just 0.09%. Vanguard Mid-Cap ETF (VO) is an exchange-traded version of the mutual fund and boasts the same low expense ratio as the admiral shares.