There’s more to bond investing than picking funds that adhere closely to an index or cling to the apparent safety of Treasuries. 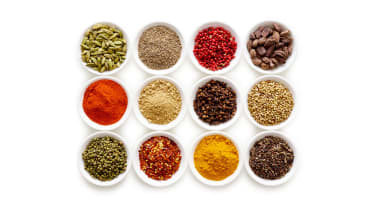 Last month I promised to discuss bond funds whose managers aren’t hemmed in by allegiance to an index or the ultraconservative viewpoint that Treasury bonds and notes are the center of the universe. As I wrote, I dislike such stolid holdings as total bond market exchange-traded funds and funds designed to replicate the Bloomberg Barclays Aggregate Bond index—which is 42% Treasuries and includes no municipals, high-yield bonds, bank loans or credit card receivables. To me, that approach treats debt instruments primarily as “stuff that isn’t stocks” rather than as a vibrant, investable universe of its own.

I grant that Vanguard Total Bond Market ETF (symbol BND) has a practically invisible 0.05% expense ratio and that during periods of unease about lesser-grade corporate bonds, tax-exempts or foreign I.O.U.s, it can beat many of its actively managed and more creative rivals. In the fourth quarter of 2018, BND returned 1.65%, while Dodge & Cox Income (DODIX, yield 3.36%) made just 0.27%. But over the years, Dodge & Cox’s broad reach and wise decision-making have given patient shareholders a huge advantage over the index trackers, even given its vast size. The firm has succeeded brilliantly with some of the largest mutual funds the world has ever seen.

Best bets for 2019. Right now, I’ll un­ambiguously endorse Dodge & Cox Income as a keeper for 2019. I’ll say the same about Thornburg Strategic Income (TSIIX, 5.45%), and, if you can buy them without a load through your broker or adviser, PGIM Unconstrained Bond (PUCAX, 3.50%) and Pimco Income (PONAX, 3.70%). The common thread is short duration (meaning a low sensitivity to interest rates), high yield and an adventurous but not reckless roster of bond issuers and credit ratings. Some of these types of funds suffered at the end of the year, apparently because liquidity in the loan and credit markets tightened up—that’s an insider’s way of saying funds that had to sell pools of loans, low-rated short-term “junk” bonds and the like did so at terrible prices. But the market has since loosened up, and this cycle has abated.

If you’re looking for a satellite fund to add to your core holdings, consider RiverNorth DoubleLine Strategic Income (RNDLX, 5.9%). Last year, the fund lost 1.53%. But in the first two weeks of 2019, this combination of Jeffrey Gundlach’s mortgage strategies at DoubleLine and RiverNorth’s knack for finding under­valued, high-yielding assets, such as deeply discounted closed-end funds, returned a fat 2.25%.

The challenge for bond fund managers in the year ahead is no longer what the Fed might do but the consequences of its rate-raising campaign so far: the now-competitive yields on bank deposits and Treasury bills. Jeffery Elswick, director of fixed income for the Frost funds, says clients ask why they should not put all their money in cash—as in greenbacks—or in T-bills. His response is that there are lots of bargains in oversold assets that funds can now scoop up. “The most value is in [short- and intermediate-term] investment-grade corporates and high-yield bonds,” he says, along with floating-rate debt. Frost Total Return (FATRX, 4.79%) has a long history of besting the Bloomberg Barclays Agg index and Vanguard’s total bond ETF, with the exception of the last three months of 2018.

I have followed the management teams for most of these funds for decades, and I am enormously confident in all of them. That so many trusted fixed-income funds didn’t lose more money in 2018 is a positive. If the Fed does as I expect and either pauses raising rates or hikes them less frequently than it has been, many other active fixed-income funds will turn things around nicely from the trials of 2018.