Should You Sell Some Stock Holdings This Election Season? 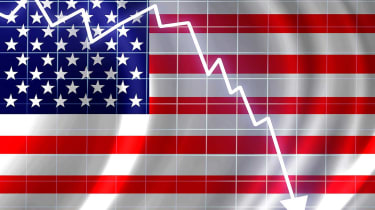 Presidential election years are traditionally good years for the stock market, according to the Stock Trader's Almanac. But this year is looking to be an exception.

The positive statistics are partly explained by incumbent administrations shamelessly attempting to massage the economy so voters will keep them in power. In his Political Control of the Economy, Edward R. Tufte stated, "Stimulative fiscal measures designed to increase per capita income to provide a sense of well-being to the voting public included: Increases in federal budget deficits, government spending, Social Security benefits, and interest rate reductions on government loans."

This also explains why the piper is usually paid in the years after an election, producing what is sometimes coined as the "post-presidential year syndrome." What this really means is that many serious market drops began in the year after an election: 1929, 1937, 1957, 1969, 1973, 1977 and 1981. Post-election 2001, combined with 2002, produced one of the worst back-to-back down years in history.

History has also borne out that eighth years of a presidential term represent some of the worst election years for the market. Prior to President Obama, there have been six previous presidents that served an eighth year in office since 1901: Presidents Wilson in 1920, Roosevelt in 1940, Eisenhower in 1960, Reagan in 1988, Clinton in 2000 and George W. Bush in 2008.

In eighth years, the Dow and Standard & Poor's 500-stock index have suffered average declines of 13.9% and 10.9% respectively, according to the Stock Trader's Almanac 2016. Out of these six eighth year presidential election years, only 1988, under Reagan, was positive. If you look at this as a percentage, that would mean 83% of the time, when it's the eighth year for a president to be in office, the market has lost money.

Now here we are for the seventh time since 1901, in the eighth year of Barack Obama's presidential term.

We don't know yet if the stock market will lose money or not by the end of 2016, but the price-earnings ratio of the S&P 500 is well above its 10-year average, signaling that stocks are pricey. Also, it was recently reported in Barron's that the billionaire club is making huge bearish bets on a fall in the market. Billionaire George Soros recently made a massive short bet in the S&P 500. Carl Icahn recently made a historic 150% net short position on his portfolio betting on a market collapse.

Between the high PEs, the recent bearish outlook of these legendary investors and the poor track record for stocks in eighth years of a presidential term, this may be the time to consider reducing your allocation to stocks. Start with expensive ones such as Under Armour (symbol UA) or Trip Advisor (TRIP), which tend to fall harder in selloffs. Also steer clear of companies that struggle during economic downturns, including retailers or airlines, that need a healthy consumer to do well.