Why Stock Gains Will Shrink in the Years Ahead

Returns over the next decade or two will be less generous than the historical average. Plus: our long-term outlooks for bonds and cash 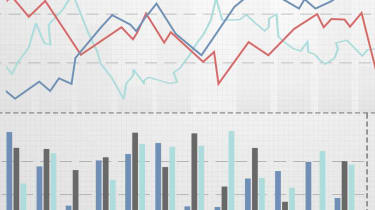 Sometimes you can justify tweaking your portfolio based on where you think stocks or bonds are headed over the course of, say, a year.

But when deciding how much you need to sock away in the first place or making the big asset-allocation decisions that will form the framework of your portfolio, it makes sense to focus on a longer-term view. Before you can do that, however, you have to know how much you can really expect stocks, bonds and cash to deliver over the next 10, 20 or even 30 years. No one can say for sure, of course. But long-term projections can be more realistic than simply extrapolating past returns. Here’s a road map to the future.

Stocks. Investors should steel themselves for smaller gains than they’ve come to expect. Instead of the annualized return of 10.1% that U.S. stocks have delivered since 1926, look for average annual returns of 6% to 8% over the next 10 to 30 years.

Several factors account for the drop-off. Start with today’s high valuation measures. Standard & Poor’s 500-stock index trades at about 17 times estimated year-ahead earnings, compared with an average price-earnings ratio of 15 since 1986. If history is a guide, the market’s P/E will revert to more normal levels.

Lower inflation will help keep nominal stock returns modest. Inflation, averaging nearly 3% a year, has accounted for almost three percentage points of the stock market’s 10% annualized return since 1926. But most long-range forecasts call for inflation to hover around 2%. Given low inflation, slow economic growth and a retreat in profit margins from today’s peak levels, slower-than-average earnings growth is in the cards. Look for profits to rise by 4% to 6% annually, says Bob Doll, chief investment officer at Nuveen Asset Management, instead of the long-term average of just a bit more than 6%. Adding in another two percentage points from dividends, and assuming that P/Es remain flat, Doll sees U.S. stocks returning 6% to 8% a year over the next 10 years.

And looking further out doesn’t help matters, either. For example, Charles Schwab Investment Advisory projects an average of 6.3% a year over the next 20 years.Compared with money manager GMO, Doll and Schwab are optimists. GMO says U.S. stocks will barely make money over the next seven years.

Bonds. If you buy a bond and hold it to maturity, you’ll earn close to its current yield. For a 10-year Treasury bond, the benchmark for U.S. debt, that was 2.4% in early July. Bond-fund investors should look at a fund’s yield to maturity. In the case of Vanguard Total Bond (symbol VBMFX), which tracks the U.S. bond market, that figure is 2.1%.

As yields rise in coming years, bond prices will fall, but bond investors will be able to invest in debt with higher interest rates, balancing out, to some degree, the losses due to rising yields. “We think 3.5% to 4% is where 10-year rates will end up over the next 10 years, with an expected return of roughly 2%” annualized, says Joe Davis, Vanguard’s chief economist. Over 20 years, Schwab sees the broad bond market returning an average of 3.3% a year.

Cash. The return on cash over time should be roughly equal to the rate of inflation or maybe a bit more. That’s not likely to happen over the next decade, even as short-term rates climb, because cash yields are well below inflation to start. Investors in money market mutual funds, for instance, can bet on a 1.5% annualized return over the next five to 10 years, says Peter Crane, publisher of Money Fund Intelligence.

What to do. If you’re basing retirement or other long-term decisions on the assumption that U.S. stocks and bonds will perform as well in the future as they have in the past, you may need a new plan. You need to trim your projected returns or ratchet up the amount of risk you’re willing to take—perhaps by investing more than you’re accustomed to in foreign stocks. In either case, it becomes more important than ever to hold down your costs and possibly bump up the amount you invest if you want to reach your goals.