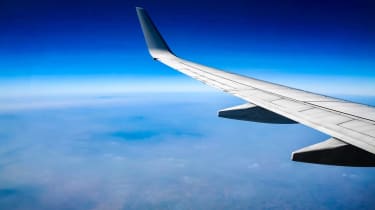 Artisan International joined the Kiplinger 25 less than a year ago, but we must already bid it adieu. That’s because it is closing to new investors in February, and, as is customary when a Kip 25 member shuts, we remove it from the list. So without further ado, we introduce Fidelity International Growth (symbol FIGFX).

Jed Weiss, who has run the fund since its 2007 launch, loves to find opportunity amid chaos. In May 2010, Weiss hopped on a plane in Boston, where Fidelity is based, and flew to Portugal and then Italy as Greece’s economy began to totter. When the Arab Spring kicked off in late 2010, he traveled to the Middle East. And just after Russia invaded Ukraine in early 2014, Weiss jetted to Moscow. “If there’s a crisis going on where the market is freaking out, I’m there,” he says.

And while he’s there, he’s keen on finding good companies whose stocks have been unfairly punished during a crisis. During his 2010 mission, he says, “I was looking for great businesses in Spain and Portugal that had little to do with the Greek crisis but were getting clobbered anyway.”

Weiss prefers companies that have little competition and can easily raise prices for their goods or services. Companies that fit the bill include Novo Nordisk, the Danish drugmaker that dominates the market for diabetes treatments, and Ireland-based James Hardie, a global leader in fiber-cement siding. But price matters: He likes to buy stocks that are cheap relative to his expectations of their long-term growth rate.

Beyond searching for unfairly tarnished firms, Weiss seeks two other kinds of stocks: those that are out of favor because of industrywide conditions and those that should benefit from a prolonged growth trend.

Some of his bets, Weiss admits, can take years to play out. But he’s a long-term investor. The fund’s 27% turnover ratio suggests that Weiss holds a stock an average of roughly four years—much longer than most of his peers.

Above all, he’s committed to his stock-picking process. “Consistency is important,” says Weiss, who has more than $1 million of his own money in the fund. And consistency is one of the main reasons we decided to add International Growth to the Kiplinger 25. In its eight full years of operations (including the first 11 months of 2015), it outpaced the average large-company foreign growth fund seven times.