The Kiplinger 25: How We Did in a Very Contrary Year

Also, we move to rebalance our stock portfolio with a midcap offering. 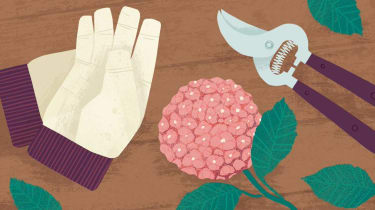 In most gardens, some plants are in full bloom, while others wither. Same with investing: Stocks may zig, for example, as bonds zag. Last year, U.S. stocks zigged up … then down, then up again. Over the 12-month stretch ending March 15, Standard & Poor’s 500-stock index returned 4.8%.

But foreign markets couldn’t hold up under the weight of a stronger dollar, trade tensions and slowing global growth. The MSCI EAFE index, which tracks foreign stocks in developed countries, fell 5.0% over the past year. Rising interest rates pressured the bond market for much of 2018, but a late-year rally into early 2019 lifted Bloomberg Barclays U.S. Aggregate Bond index to a 3.7% one-year return.

How the Kip 25 performed

We’re being patient with some of our foreign funds. AMG TimesSquare International Small Cap (TCMPX), Baron Emerging Markets (BEXFX) and Oakmark International (OAKIX) each trailed their benchmarks. Fidelity International Growth (FIGFX), however, beat the MSCI EAFE, albeit with a 3.2% loss.

Most of our U.S. bond funds—from high-yield to funds focused on intermediate-term maturities—kept pace with or beat the Agg index. But emerging-markets bonds had a rough year. Fidelity New Markets Income (FNMIX) lagged its benchmark, the JPMorgan Emerging Markets Bond Index.

We swap out one fund

Every garden needs reshaping every now and then. The Kiplinger 25, for instance, has grown heavy in large-company funds. In recent years, eight of the group’s 12 diversified stock funds focused on big firms. Only four were small- or midsize-company funds. That’s one of the reasons we are replacing Fidelity New Millennium (FMILX) with DF Dent Midcap Growth (DFDMX).

New Millennium struggled, too. Manager John Roth invests in fast-growing firms, but he’s sensitive to their share price. As the multiyear rally in growth stocks has worn on, Roth has grown more contrarian—for example, picking up shares in beleaguered General Electric at various times in 2018. When the fund joined the Kip 25 in May 2014, Morningstar considered New Millennium a large-growth fund. Today, it’s a large-blend fund, reflecting its mix of growth and value holdings. But New Millennium has lagged peers in both the growth and blend categories, and it lagged Standard & Poor’s 500-stock index in four of the past five calendar years.

“We look for frugal firms. A company’s money is the shareholders’ capital, not their own.” — DF Dent Comanager Bruce Kennedy.

At DF Dent Midcap Growth, four managers work as a team with seven analysts to find 30 to 40 firms that have solid, growing businesses that generate large amounts of cash, dominate a niche in their industry and have talented executives who invest wisely, with their shareholders in mind. If the share price isn’t attractive relative to a stock’s expected return, they’ll wait for the right price to buy it.

The team does detailed analysis, visiting companies on their turf and talking to customers and suppliers. When company representatives visit DF Dent’s offices, they’re asked how they got there (commercial airline or private jet). “We look for frugal firms. A company’s money is the shareholders’ capital, not their own,” says comanager Bruce Kennedy.

When the portfolio managers buy a stock, they tend to hold it. The fund’s typical holding period is three years, nearly double the holding period of the typical midsize-company fund. They’ll hold on even as some firms grow into large-cap names, such as gene-sequencing giant Illumina, as long as those companies are still fast-growing.

Over the past one, three and five years, DF Dent Midcap Growth has outpaced its benchmark, the Russell Mid Cap index, as well as its peers (funds that invest in midsize, growing companies). The firm’s five-year annualized return stands among the top 23% of its category.