Don't Fall Into the Diversification Trap

Researchers discovered that, when it comes to investment fees, diversification efforts can backfire. 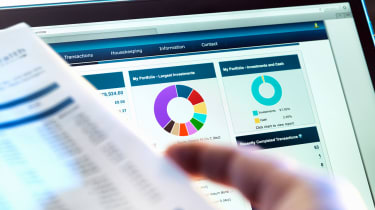 Most investors know the importance of diversification, more colloquially known as not putting all of your eggs in one basket. Having a variety of investments has always been considered a sound portfolio practice because it ensures that when one investment declines, you’ve at least got a chance of having something else that gains. But blindly following even a good rule of thumb can do more harm than good.

That’s what behavioral finance researchers at Morningstar and the University of Chicago found in a recent experiment. They asked a nationally representative sample of 3,622 people to allocate a hypothetical $10,000 among three actual exchange-traded funds that tracked Standard & Poor’s 500-stock index. The three funds were essentially identical, except for fees: One ETF had an expense ratio of 0.40%, one charged 0.09% of assets, and the third charged 0.04%. Participants had all the information they needed to evaluate the funds. In fact, researchers experimented with different ways of displaying the fees and fund performance, which turned out to have no effect on which funds people chose. Half of the participants were told they could choose just one fund among the three; half were told they could allocate the money freely among all three funds.

The researchers discovered that when it comes to investment fees, diversification efforts can backfire. About 47% of the first group chose the cheapest fund option—the correct choice, given the identical makeup of the funds and similar performance records. But only 14% of investors with access to all three funds chose to put all of their money in the cheapest version. On average, those who could allocate freely put 27% of their money in the most expensive ETF, 31% in the middle-cost ETF and 42% in the cheapest.

Freedom Can Be Expensive

The results show that when given the option, investors put a sizable portion of their money into high-cost investments when nearly identical low-cost options are available. “Investors are sensitive to fees, but an overreliance on diversification overrides that sensitivity,” says Morningstar behavioral scientist Ray Sin. Experiment participants who “naively diversified,” as behavioral scientists call the flawed strategy, incurred costs that were almost four times higher than those who invested only in the cheapest option. That’s the kind of drag on returns that compounds over time, with disastrous consequences.

Diversification snafus can be triggered by too many choices within a complex decision, say the researchers. That’s practically the definition of investing. And lest you think this was merely a theoretical exercise, Sin says that an examination of Morningstar’s database found multiple retirement plans with products that were essentially indistinguishable, except for their fees. “This is happening,” he says. “You might be wasting your money.”

The researchers recommend that investment advisers take a cue from Costco and curate the choices they offer investors, similar to the way the retailer offers a limited selection of high-quality goods at reasonable prices. Investors can curate their portfolios on their own by remembering that diversification is meant to give you exposure to different asset classes, such as stocks or bonds, or different sectors, industries or investment styles within those categories—but not different funds of essentially the same type.

Start by determining what’s appropriate for your goals and ignoring the rest; a 30-year-old focused on growth does not have to sort through a lot of bond funds, for example. And be discrimin­ating within each category. For example, if you have more than one small-company growth stock fund, you’ve probably got too many. Finally, if you’re choosing among substantially similar funds—nearly iden­tical in the case of index funds—lower expenses should be the most important factor in your decision.