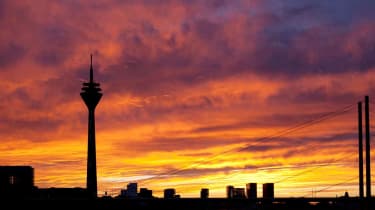 Saira Malik is head of global stock portfolio management at TIAA-CREF. Here are excerpts from our interview:

Kiplinger’s: What’s ahead for investors in 2016?

Malik: In general, stocks should do better than fixed-income investments in 2016. We see Standard & Poor’s 500-stock index up by low-to-mid single digits, similar to what we saw in 2015, with a lot of volatility. In years when interest rates go up you see a lot of volatility around the increases.

But no bear market? We’re still in a bull market, though in the late innings. Last summer’s correction was typical. But growth remains pretty strong in the U.S. The economy is on track; housing and the consumer look strong. We don’t see the things that generally cause a bear market. We don’t see any signs of a recession, stocks aren’t over-valued—they’re fairly valued—and there’s no credit crisis.

What are some of the themes you see playing out? An interesting shift is taking place. Over the past year, stocks with upward price momentum have led, including health care and Internet stocks. Economy-sensitive and bargain-priced stocks have not performed as well. But those will be the stocks you want to own in 2016 if you do see an improving economy. As growth slowly accelerates, industrial and basic-materials companies, such as chemical makers, could do well. For example, we like Olin Corp. (symbol OLN, $19), which makes chemicals used in many industrial and housing applications. But we also look for high-quality, momentum names when they trade down. In software, we consider Salesforce.com (CRM, $78) a core holding. You want to buy it on dips when the market is volatile.

What else do you like? Energy. We see a better demand-supply balance than the market sees right now. As oil prices have gotten lower, demand has remained strong. But drilling rig counts are declining, and oil production is down. The sector looks cheap, with price-to-book-value ratios below their historical average. One favorite is Diamondback Energy (FANG, $74). It operates in the Permian Basin, in the West Texas area. It’s a low-cost place to drill, with high-quality reserves, and Diamondback is a big player.

What’s your take on foreign markets? We like developed markets in general, and of all the world’s markets we have the highest conviction about Europe. Economic growth is in positive territory, and manufacturing is expanding. Interest rates are low, so businesses can borrow and consumers are buying houses and cars. A weak currency promotes exports. Stocks in Europe are up less than half the level of the S&P 500 since 2009, and assuming corporate earnings go back to normal levels, the stocks look cheap.

What should investors be buying there? We like the consumer discretionary sector—companies providing goods that aren’t necessities. In that group we like automaker Renault S.A. (RNLSY, $19).

How about emerging markets? We’re keeping a close eye on areas no one cares about, and emerging markets fall into that camp. But we’re selective. We’re fans of India as long as Prime Minister Modi continues to get support for plans to boost growth. By the second half of the year, investors should be taking a serious look at Brazil. Yes, it has problems, but the government has been trying to cut the deficit by reducing spending, and it’s raising interest rates to fight inflation and defend the currency. The economy is still contracting, but we think it will reach a trough around the middle of 2016, setting up the market for recovery.

What’s the biggest risk to the U.S. market? We’ve been watching wage inflation. We’re already starting to see some labor shortages in housing and in some service areas. Higher wages can squeeze profit margins, causing earnings to decline, and that could derail the bull market. Plus, if the Federal Reserve started to worry about inflation, it could raise rates faster than expected.