It might make sense to delay signing up. We guide you through the Medicare maze. 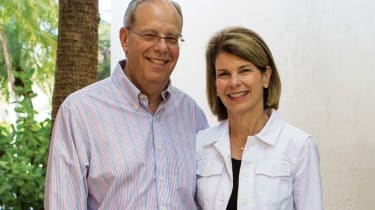 You are eligible for Medicare when you turn 65. But these days, the decision to sign up is not a slam-dunk. For example, after you enroll in Medicare, you can no longer contribute to a health savings account. If, however, you work for a company with fewer than 20 employees, you usually don’t have a choice: Medicare Part A, which covers hospitalization, must be your primary insurance. The decision to sign up or not also depends on whether you’re receiving Social Security benefits and whether your spouse has coverage through your health insurance. If you miss key deadlines, you could have a gap in coverage, miss out on valuable tax breaks or get stuck with a penalty for the rest of your life.

If you enroll in Social Security before age 65, you’ll automatically be enrolled in Medicare Part A and Part B when you turn 65. Part A covers hospital costs and is premium-free if you or your spouse paid Medicare taxes for at least 10 years. Part B covers outpatient care, such as doctor visits, x-rays and tests, and costs most people $104.90 per month in 2015. Part B premiums are deducted from your Social Security benefits.

You’ll receive your Medicare card in the mail three months before your 65th birthday. If you’re still working and don’t want Part B yet, you can send back the card and have it reissued for Part A only, but you can’t turn down Part A if you’re enrolled in Social Security. Call Social Security at 800-772-1213 with details about your situation to make sure you won’t be penalized for enrolling late in Part B.

If you haven’t claimed Social Security benefits, enrollment in Medicare isn’t automatic. If neither you nor your spouse has employer health coverage, you should sign up for both Part A and Part B. Go to SocialSecurity.gov to sign up three months before or after the month you turn 65—even if you aren’t signing up for Social Security.

If you miss the seven-month window, you’ll be able to enroll in Medicare only at limited times during the year (from January through March, with coverage starting July 1), and you may have to pay a lifetime late-enrollment penalty of 10% of the current Part B premium for every year you should have been enrolled in Part B.

If you have employer coverage

If you have coverage through an employer with 20 or more employees, you don’t have to sign up for Medicare when you turn 65 because the group policy pays first and Medicare pays second. (If your spouse is covered under your policy, the same rules apply.) Most people with employer coverage enroll in Part A at 65 because it’s free (unless they want to contribute to a health savings account). But you don’t have to sign up for Part B if you’re happy with your existing coverage. You’ll avoid a future penalty as long as you sign up for Part B within eight months of leaving your job.

If you work for a company with fewer than 20 employees, however, Medicare is considered your primary coverage and your employer’s insurance pays second. You generally must sign up for Medicare Part A and Part B at 65, although sometimes small employers negotiate with their insurers to provide primary coverage to people over 65. If your employer says it will cover your outpatient costs first, “it’s really important to get that in writing,” says Casey Schwarz, of the Medicare Rights Center.

Only coverage from a current employer with 20 or more employees counts as primary coverage. Retiree health insurance and coverage under COBRA, the law that allows a temporary extension of employer benefits, don’t count. So if you don’t sign up for Medicare Part A and Part B at age 65, you could have coverage gaps and face the lifetime penalty.

If you didn’t enroll in Part B at 65 because you had coverage through your employer (even if you signed up for Part A), you’ll need to sign up within eight months of leaving your job to avoid the penalty. You won’t be able to enroll online, because you’ll need to provide evidence of “creditable coverage” from your employer from the time you turned 65.

Joan Baraba of Chesterfield, Mo., was still working as a banking executive when she turned 65 in July 2013. She and her husband, Edward, had good coverage through her employer, so he signed up for Part A at 65, and she waited to sign up for benefits. A few months before she retired in July 2014, she applied for parts A and B and Edward applied for Part B. Doing so was complicated because they had to provide evidence that they had been covered by her employer since age 65. “It took several months to go through the process,” she says. She recommends starting the paperwork six months before you plan to retire, so you don’t have a gap in coverage.

An HSA, which must be paired with a high-deductible policy, offers tax advantages, and some employers contribute money, too. But you can’t contribute to an HSA after you sign up for Medicare Part A or Part B.

Before you delay signing up for Medicare to continue contributing to an HSA, do a cost-benefit analysis to determine whether the HSA tax breaks, employer contributions and other benefits are more valuable than free Part A, recommends Elaine Wong Eakin, of California Health Advocates.

That’s what Ken Kleban, a lawyer in St. Louis, did before he turned 65 this year. “It was going to cost me thousands more dollars to go on Medicare,” he says. He kept his company’s high-deductible plan for himself and his wife, Jackie, and delayed signing up for Medicare so he could continue making pretax contributions to the HSA.

Kleban will reassess his decision to choose the HSA instead of Medicare every year. But he plans to use the HSA for his post-retirement medical expenses. He has paid out of pocket rather than tap his HSA for many medical expenses so the money in the HSA would grow tax-free. He has several manila folders with eligible medical bills he incurred since opening the HSA six years ago, for which he can withdraw funds tax-free even after he signs up for Medicare. You can also use HSA money tax-free to pay Medicare Part B, Part D and Medicare Advantage (but not medigap) premiums.

Adding up the cost of Medicare

Before you decide to sign up for Medicare or stay on an employer’s health plan, compare all the costs. Your employer’s coverage may be less expensive.

Unless you have retiree health insurance, you’ll probably want a medigap policy to help cover co-payments and deductibles, and a Part D drug plan to cover prescription drugs. Part D averages $32 per person (plus a high-income surcharge that boosts premiums by $12.30 to $70.80 per person if income is above $85,000 for singles or $170,000 for couples). The most popular medigap policy, Plan F, has a median premium of $172 per month, according to Weiss Ratings.

Even without the high-income surcharges, your monthly costs to sign up for Part B, medigap insurance and Part D will run about $309 per person per month. You may be able to save money by buying a Medicare Advantage plan, which offers medical and drug coverage through a private network of providers; you pay the Part B premium plus an average Medicare Advantage premium of $33.90 a month.