What You Must Know About Medicaid and Long-Term Care

Medicaid pays for nursing-home care for those with little to no income and assets. 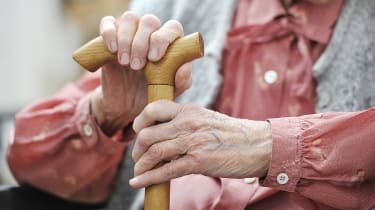 You must have low income and virtually no assets to qualify for Medicaid. But even if you are nowhere near the thresholds when you or your spouse first needs care, you may meet them soon after paying for a nursing home. That's the main reason Medicaid is the largest payer of long-term-care services for the elderly.

Medicaid rules are complicated and vary by state. You'll need to know how to navigate the system if you have to pay long-term-care expenses but are running out of money. You may also need to know how Medicaid works if you're assisting aging parents who require help paying for care.

Who qualifies. The person receiving care must generally have less than $2,000 in "countable" assets, which include savings, retirement accounts, investments and most cash-value life insurance balances. Your car, primary residence and money in certain kinds of trusts generally don't count. Most states have a home-equity limit of $543,000, but some states increase it to $814,000. If you're married, the spouse living at home (called the community spouse) can generally keep up to $117,240 in countable assets in 2014. See www.medicaid.gov for your state's rules.

You can protect more of your assets if you have a "partnership eligible" long-term-care insurance policy, which is available in 41 states. If your policy covers, say, $200,000 for care and you exhaust your benefits, you can protect $200,000 over your state's asset limits and still qualify for Medicaid (see www.aaltci.org/partnership).

It has become more difficult to game the system. For example, money you give away to anyone other than your spouse within five years of applying for Medicaid can delay your eligibility. Also, after you die, Medicaid can send your estate a bill for your care, called "estate recovery." And even though your primary residence is excluded from the asset test, your state may expect you to use it to pay back Medicaid (unless your spouse is living in it, as well as a few other exceptions that depend on your state's rules). "Many people who aren't aware of these nuances get tripped up by this," says Karl Kim, a financial planner in La Mirada, Calif.

You generally must receive less than $2,163 per month in countable income to qualify for Medicaid. That includes Social Security benefits and pension, dividend and interest income. A spouse living at home can keep all of his or her income and may be able to keep some of your income—up to a total of $2,931 per month, depending on the state. If you're slightly over the income limit, you may be able to put the money in a "qualified income trust," which uses all of your income toward care each month with Medicaid making up the difference. (These rules also vary by state.) After you qualify financially, Medicaid may send a social worker or nurse to certify that you're medically eligible, which generally means that you need help with the activities of daily living.

Where you can get care. Medicaid has traditionally covered care in nursing homes but not in assisted-living facilities. But many states now have voucher plans that let you use Medicaid money for assisted living or home care. New York, for example, has a generous home-care program. But these programs have limited funds and long waiting lists in some states—for example, most regions of Texas have a two-year waiting list, says Byron Cordes, a geriatric care manager in San Antonio. Going into a nursing home before switching to assisted living or home care can reduce the wait to four to six months, he says.

Some nursing homes don't accept Medicaid, and ones that do may have a limited number of Medicaid beds. Some facilities that don't accept Medicaid upfront let you stay after you run out of money and have to rely on Medicaid; others do not. These rules also vary by state and facility. Before choosing a facility that doesn't take Medicaid, calculate how long your money will last, says Cordes. If your top choice takes private-pay patients only, it may be an option if you can pay the bills there for a few years, then move to a Medicaid facility before the money runs out.

Seeking help. Knowing some key strategies can save thousands of dollars. Work with an elder-law attorney who knows your state's laws. You can find one in your area at www.naela.org or www.nelf.org. If you're helping aging parents, meet with the attorney as soon as they need help, even if they still have plenty of savings, says Bernard Krooks, an elder-law attorney in New York, because you'll have more options if you plan in advance. And make sure you have power of attorney for your parents while they can still make decisions so you can pay their bills if they can't.