A small provider network could lead to unexpected, big medical bills. Take these five steps to reduce that risk. 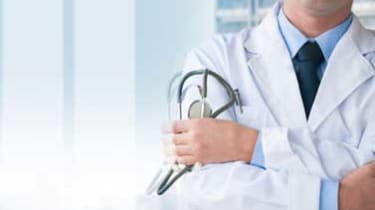 When it comes to health insurance, a growing number of patients are confronting a trade-off. An insurer cannot drop you or charge higher premiums if you get sick. That's good news. But in return, you're likely to find that available health plans impose tight restrictions on your choice of doctors and hospitals.

Patients who join Medicare Advantage and employer-based HMOs always faced some constraints on provider choice—but insurers who are seeking to reduce costs are beginning to squeeze provider options even more. And the Affordable Care Act is expected to accelerate this trend.

Many insurers on the new federal and state-based health care exchanges are selling plans with what's known as "narrow networks" of providers. In these plans, insurers substantially reduce the number of hospitals or doctors included in preferred provider organization and HMO networks. A study by consulting firm McKinsey and Co. in December defined a narrow-network plan as excluding 30% to 69% of the 20 largest hospitals in an urban area. McKinsey found that 70% of plans on the exchanges were narrow-network plans. (Physician networks were not reviewed.)

Like most plans that offer traditional PPOs and HMOs, a narrow-network plan will cover most of your bill if you see a network provider. But narrow-network PPOs and HMOs offer considerably fewer providers. HMOs tend not to cover any care outside the network, while a PPO may cover some.

Nearly half of bronze, silver and gold plans sold on the exchanges are HMOs or "exclusive provider organizations," according to Karen Pollitz, senior fellow at the Kaiser Family Foundation. Like an HMO, an EPO will only cover costs of the plan's providers.Also watch out for a twist on narrow networks: tiered networks. The insurer places each physician and hospital on one of three tiers, based on the price the provider charges. Patients who see the cheapest provider will pay the lowest co-payment. If your physician is on a higher tier, expect to pay more. According to the Kaiser Family Foundation, 23% of employers are offering plans with narrow or tiered networks.

Tufts Health Plan in Massachusetts, for example, offers several employer-based plans with tiered networks. A Tufts member might have a $20 co-payment for a Tier-1 primary care doctor versus $50 for a Tier-3 physician. Outpatient surgery would cost the member $250 at a Tier-1 hospital and $1,500 at a Tier-3 facility.

The use of narrow and tiered networks is on the rise. "We're seeing a trend with commercial and exchange marketplace plans," says Matt Eyles, executive vice-president at consulting group Avalere Health. "We're hearing more about it in Medicare Advantage plans, too."Dean Wells, 76, of Hamilton, Ohio, decided that she is willing to accept fewer provider choices in return for lower costs. She enrolled in an Anthem Blue Cross and Blue Shield Medicare Advantage plan in January. Her longtime doctor was not in the network, "which really upset me," she says. Wells, who has heart failure and diabetes, found a new doctor she likes.

Still, she noticed the Anthem plan has "a small number of providers" in its network. Her local hospital is not in the network, and she reckons the closest one in the network is more than 15 miles away.

Insurers claim narrow networks only include high-quality, efficient providers, and exclude those with poorer medical outcomes or who order unnecessary tests. Consumer advocates agree that more-expensive doctors or hospitals are not necessarily better. Unfortunately, says Claire McAndrew, private insurance program director for Families USA, "there isn't the level of data to measure high quality and value."

The Hartford County Medical Association and other Connecticut doctors last year sued UnitedHealthcare, seeking to block the termination of 2,250 physicians, or about 20% of the company's Medicare Advantage network in Connecticut. The insurer placed its narrow network on hold after a court issued a preliminary injunction.

The doctors claim that up to 30,000 patients could be hurt by the cuts. The insurer disagrees. "We believe more focused health care provider networks will encourage better health care outcomes for patients by focusing on their specific needs," says UnitedHealthcare spokesperson Maria Gordon Shydlo.

As the insurance market changes, consumers need to be vigilant when they're enrolling in a plan. Here's how to avoid an unexpected big medical bill.

Read the benefits summary. Know what you will pay in deductibles and co-payments if you use in-network and out-of-network providers. Health plans are increasingly replacing fixed-dollar co-payments with co-insurance, which requires that you pay a percentage of the cost of medical care or prescription drugs.

Verify that a provider is in the network. A provider listed in the plan directory may no longer be in the network when you seek care. Non-network providers can "balance bill"—charging patients marked-up prices for their services rather than the discounted rate insurers require, Pollitz says. "People lose their homes because they went out of network," she says.

Stay in your network. Consider changing doctors if yours is no longer in your insurer's network. If you must go out of network, Pollitz says, "it doesn't hurt to ask to limit any charges to what an insurance company would pay."

A hospital may be in network, but the anesthesiologist or other hospital-based doctors may not be. "There is a good chance that the hospital-based physicians will balance bill you," says Pollitz. For elective surgery, ask the hospital for a covered specialist.

Check if top-notch specialty providers are in your network. Although federal rules require that networks include essential providers, it doesn't mean the region's well-known cancer center, for example, must be included. If your plan does not include specialists to treat a particular condition, health plans will allow members to seek care with a non-network provider and treat that provider as in-network for your care. "But the key is getting preapproval with your plan," McAndrew says.

Appeal a plan's decision. Under the Affordable Care Act, if you disagree with your plan's refusal to pay for care, your insurer must review its decision. Still not satisfied? You can appeal to an independent reviewer.

If you need help, contact your state's consumer assistance program or insurance department. Go to www.cms.gov/CCIIO/Resources/Consumer-Assistance-Grants to find contacts in your state.