Think Twice Before Cashing Out Your Annuity

It may be tempting to switch out of an annuity that has lost money over the past several years, but that may be exactly the reason you may want to keep it.

I’ve had a variable annuity since 2000, and the cash value is now about $10,000 less than I originally invested. I’m ready to cash out. Are there any reasons I shouldn’t?

It may be tempting to switch out of an annuity that has lost money over the past several years, but that may be exactly the reason you may want to keep it. If your variable annuity has any income or withdrawal guarantees, then you could jeopardize those valuable benefits if you cash out or switch to another annuity.

The specific guarantees vary from one annuity to another, but here’s an example of how one can work: An annuity with a guaranteed minimum income benefit, for instance, may let you withdraw up to 6% of your initial investment every year, regardless of how the underlying investments perform (you choose how to invest your money from a menu of mutual fund-like sub-accounts). So if you invest, say, $100,000 in the annuity, you could withdraw up to $6,000 per year, even if the investments lose money. And if the investments continue to perform poorly and dwindle to almost nothing, you could still convert the annuity to a lifetime stream of income based on your current age and the original account value.

If the value of your investments increases, then you might even be able to take annual 6% withdrawals based on the higher amount--even if the investments lose money later. For example, if your account value increases to $120,000, you could boost your annual withdrawals to $7,200 each year. Then, even if the account value subsequently falls and never reaches that level again, you could continue taking out $7,200 a year.

But there’s usually one big catch: If you cash out the annuity, you may receive only the current account value, not the original investment or any stepped-up value. Say our hypothetical annuity’s value rises to $120,000 but later drops to $60,000. Although you could continue taking $7,200 per year as long as you kept the annuity, you would only be entitled to $60,000 if you cashed out or switched to another annuity.

Not only would you lose those guarantees if you cashed out, but if you decided to buy a new annuity in the future, you may also have a tough time finding one with guarantees as generous as those offered in 2000.

The rules for annuity guarantees and other benefits can be complicated, and vary greatly depending on the specific annuity. Before you make any change, ask the annuity company how any guarantee is calculated, how much you’re paying in fees, how much you’d get if you withdrew the money in a lump sum now, and whether you’d be subject to a surrender charge. (Part of every annuity withdrawal is taxable as ordinary income, and if it is held inside a retirement account, the entire distribution is taxable at ordinary tax rates. But you avoid an immediate tax hit when switching from one annuity to another through a procedure known as a 1035 exchange.)

For more information about annuities with guarantees and other types of income annuities, see Investors Embrace Annuities.

It can take months or even years to get approved for Social Security Disability Insurance (SSDI) benefits in the best of times. Needless to say, now i…
Thinking of Buying a Fixed Annuity? Ask These Questions First 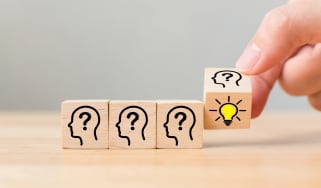 Thinking of Buying a Fixed Annuity? Ask These Questions First

Of all the types of annuities out there, a fixed annuity is the one that's most straightforward. Is it the one that's right for you?
12 Things You Didn't Know About Annuities 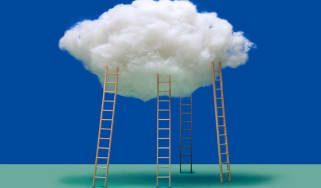 12 Things You Didn't Know About Annuities

Oftentimes when it comes to retirement, you don’t know what you don’t know. See if what you know about annuities is correct. You might be surprised.
Finding Affordable Health Care Now