Student Loans: To Solve the Problem, Understand the History

It's no secret that college students today are in a bind. To avoid the pitfalls of crushing student debt, take a look at how we got into this sticky situation, and then make some smart course corrections. 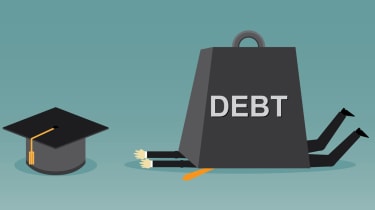 Billionaire Robert F. Smith recently pledged to pay off all of Morehouse College class of 2019’s student loans. To do so, he announced his family is establishing a near $40 million endowment fund for the college. While this is a magnificent and inspiring gesture, it’s daunting to realize that 396 graduates could rack up that much student debt. It makes you wonder: How did we find ourselves in this position?

Broader access to higher education through student loans comes with many stressful side effects. It has now become a question of whether student loans are a cure or a disease in today’s world of higher education. The debt crisis has emerged as a result of the imbalance between student loan balances and graduates' earning power.

Understanding the history of loans and tuition inflation explains just how we got to our current $1.56 trillion student debt crisis.

As of 2019, there were 44.7 million U.S. borrowers with student debt. Eleven percent were delinquent 90 or more days in their payments. Roughly 9% had entered income-based repayment plans, and 6% resorted to forbearance, meaning they were temporarily halting payments or paying reduced amounts through federal debt-relief programs.

Those eligible for federal debt-relief programs may be the lucky ones. Borrowers who are ineligible must pay their student loans every month even as they face the high cost of living in American cities. More than half of Americans live paycheck to paycheck, and crushing student debt plays its part. Living paycheck to paycheck robs people of the ability to practice effective financial planning, the primary path to financial security.

Those with high student loan balances must confront the situation and create a plan to take control of their financial future.

A word to the wise: For those contemplating taking out student loans, understanding the history of student loans and how they morphed into a $1.56 trillion debt crisis may help them avoid the vicious cycle of excessive debt.

Before World War II, college was mainly for the wealthy and elite, and the vast majority of jobs required no degree. As technology advanced, jobs were created that required more training.

Since 1944, many changes have been made to the higher education system, starting with the Servicemen’s Readjustment Act of 1944, better known as the GI Bill of Rights. This bill made college more affordable for veterans by paying up to $500 per year in tuition as well as a cost of living stipend. After the GI Bill's passage, 8 million veterans enrolled, even though the government expected only 800,000.

In 1958, President Eisenhower signed the National Defense Education Act (NDEA), which provided tuition grants and loans to non-veterans. The bill was in response to the need for more technology education as the United States tried to keep pace with the Soviet Union's space and weapons advancements.

In 1965 the Higher Education Act was passed to give greater college access to women and minorities. In 1940, only about 500,000 Americans attended college, but by 1970 that number was near 7.5 million and now in 2018 that number is estimated to be around 14 million.

Since 1970, family incomes for 80% of Americans have failed to make inflation-adjusted gains. With college costs skyrocketing, the lack of wage increases forced most students to rely on student aid and student loans.

Now more than ever, students must weigh the cost of their degree against a realistic estimate of future earning power.

Some blame the federal government for the dramatic tuition inflation. Loan programs increased demand for education while allowing students to borrow too much. That, in turn, allowed educational institutions to raise prices and, according to InflationData.com, create the current student debt crisis.

The Current Reality of Loans

A recent study by 360 Degrees of Financial Literacy found that 81% of student debtors had to make significant sacrifices to afford their student loans:

It has now become too easy for college students to casually take out loans with, sometimes, little sense of the burden they represent. In the old days, a degree could be assumed to pay for itself. Now, the cost of student loans frequently outweighs increases in earning power.

What Today’s Students Should Do to Stay Solvent

As a rule of thumb, the student loan debt to salary ratio should be no more than equal to your expected salary. A debt that is double the annual salary may be doable with careful budgeting and planning. However, triple the annual salary places a very heavy burden on the student and increases the chances of default or the need to enter an income-based repayment plan.

To keep debt below their expected salary, students should consider cost-saving alternatives, including:

The more future university students who opt out of vicious cycle of student loans the better — for all of us. It’s important to remember that obtaining a college degree should provide you the opportunity to live your best life. Don’t allow that degree to ruin you.

This information is for general purposes only. This information is not intended to be a substitute for specific professional financial advice. Please consult a financial professional in regards to your own individual situation. Advisory Services and Financial Planning offered through Vicus Capital, Inc., a Federally Registered Investment Advisor. Registered Representative offering securities through Cetera Advisor Networks LLC, member FINRA/SIPC. Cetera is under separate ownership from any other named entity.

Chad Chubb is a Certified Financial Planner™, Certified Student Loan Professional™ and the founder of WealthKeel LLC. He works alongside Gen X & Gen Y physicians to help them navigate the complexities of everyday life by crafting streamlined financial plans that are agile for his clients' evolving needs. He helps them utilize their wealth to free up time and energy to focus on their family, their practice and what they love most.

Think of it as a flexible tool to prioritize—and achieve—your goals.
Retirees, Make the Most of Your Home Equity

A home equity loan or home equity line of credit may be perfect for your retirement finances. But don't delay; a fee increase is coming.
Debt After Death: What You Should Know 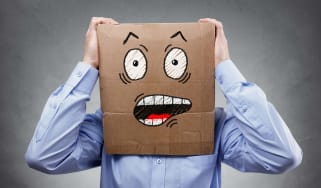 Debt After Death: What You Should Know

Some types of debts are forgiven when you die, and others could haunt your family until they’re paid off.