Winning was easy. Now Mitch McConnell and the GOP have to figure out whether to work around or with President Obama. 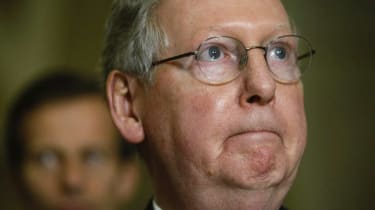 Republicans had one of their most successful midterm elections of the modern era Tuesday night, bull-rushing their way to control of the Senate and coming within reach of their largest House majority since 1928.

They must now try to bridge the gap between some of the party’s staunchly conservative presidential hopefuls, including Sens. Ted Cruz of Texas and Rand Paul of Kentucky, and the man they hope to replace in the White House, President Barack Obama.

If Sen. Mitch McConnell (R-KY) doesn’t do enough to appease the GOP’s most conservative members of his caucus when he becomes Senate majority leader in January, he runs the risk of losing their support and not being able to get anything done. And if he goes too far, he’ll invite Obama to exercise his veto power with little chance of the GOP being able to round up the two-thirds majority of both the Senate and House that’s needed to override.

Here are the seven biggest obstacles the Republican-led Congress will face next year and beyond:

The clock. One year after control shifts to the GOP in January, the presidential primaries for 2016 will be within sight. Little of substance gets done in a midterm election year, when every House seat and a third of Senate seats are on the ballot. In a presidential election year, with control of the White House at stake along with House and Senate seats, odds of getting anything meaningful through Congress fade even more. That won’t be any different with Republicans holding the gavel in both chambers. So Republicans have 10 to 12 months to set the tone.

Obamacare. Cruz and other favorites of the tea party promise to push for repeal of the health insurance program that stands as Obama’s signature accomplishment three-fourths of the way through his presidency. McConnell and others in the mainstream bloc of the party see the repeal effort as a waste of valuable time, since Obama is sure to veto any attempt to kill it.

If McConnell can resist the political grandstanding that would accompany a repeal vote, there’s a good chance that Congress can, instead, make some substantive changes to the legislation. One likely success: Changing the definition of a full-time worker who must be offered health insurance (or open the employer to paying a fine) to a person who works 40 hours per week. The law now says 30 hours defines full-time work. Lawmakers for both parties could also back a new, lower-premium insurance option to attract younger, healthier workers to enroll.

Tax reform. Don’t hold your breath waiting for big changes in the tax code, now that Republicans will run both chambers. There will be plenty of talk but little action. Even cutting the corporate rate from 35% will run into trouble, despite having broad bipartisan support. Without a corresponding adjustment for individuals, owners of S corporations, who pay the individual rate and would lose some tax breaks under reform, would pay more than large corporations. The best bet for sweeping tax changes: 2017, when a new president moves into the White House.

Immigration. Republican successes Tuesday night will embolden Obama to issue his long-promised executive order delaying the deportation of most immigrants who are in the U.S. illegally. He’ll almost dare Republicans to take the bait and try to reverse the order as part of broader immigration reform. Republicans can’t go too far over the next two years, lest they offend Hispanic voters, who are already generally inclined to support Democrats.

Budget decisions. Republicans are likely to use reconciliation rules to attach some of their most cherished ideas -- entitlement reform, tax changes, maybe even repeal of Obamacare—to budget measures that need just 51 votes to pass instead of the usual 60. But once Obama vetoes the package, it will be back to square one. Budgeting will be done through a series of continuing resolutions, just the way it happened with Democrats in power in the Senate.

But both parties will find common ground on one fiscal issue. They’ll put up more money for defense.

Foreign policy. Obama still has a big say on this front, but that won’t stop GOP lawmakers from trying to press him to be more aggressive. They want to supply U.S. arms to help Ukraine push back against Russia, argue to put troops on the ground in Iraq and Syria and keep more of them in Afghanistan, and push for a harder line against Iran. Odds are they won’t get far on these issues, but they will put the topics in play for the 2016 presidential race.

The final big obstacle for Republicans: Numbers. Democrats always get far more voters to the polls in presidential election years than their GOP counterparts, giving them an edge not only in the presidential election but also in Senate races in many states. In addition, just 10 seats now held by Democrats will be on the ballot in 2016, compared with two dozen Republican seats. So there’s a solid chance that Republicans will relinquish Senate control in just two years, especially if McConnell and his colleagues can’t figure out a way to successfully steer around the many obstacles.

You probably never heard of COVID-19 when you picked this year's health insurance policy at work.
Coping with Loss of Healthcare Coverage 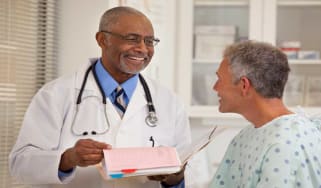 Coping with Loss of Healthcare Coverage

Families USA’s Cheryl Fish-Parcham joins our hosts Ryan Ermey and Sandy Block to discuss how folks can find medical coverage in the face of job loss. …
Skip to ContentSkip to Footer