Solar Power to the People

While installations of solar electric systems by businesses and homeowners continue to grow -- thanks in part to a tax credit from Uncle Sam -- some homeowners are giving new meaning to the phrase “solar power.”

They’ve won in- and out-of-court battles against homeowners’ associations that tried to prevent them from installing solar electric and solar water heating units on their rooftops. In Palos Verdes, Calif., a homeowner prevailed in court, and in Dallas, an association threw in the towel rather than incur court costs.

But the issue is far from settled. Tiffs between homeowners and associations over solar installations are cropping up in other states, too.

In a few states -- California, Delaware, Maine, Maryland, North Carolina, Vermont and Virginia -- homeowners are getting a hand from state lawmakers courtesy of new laws limiting the ability of associations to issue blanket denials of homeowners’ requests to install rooftop solar electric and water heating systems.

Associations still have leeway to determine whether any installation, including TV satellite dishes and rooftop plantings, could cause roof damage, a big concern for condominiums that are legally responsible for maintaining the integrity of buildings.

Another worry: fire danger from rooftop solar installations. Look for Underwriters Laboratories -- a product safety certification group -- to issue a standard within a year or so that will require installation of devices that sense any controller malfunctions and immediately turn off all power flowing into a building should a malfunction occur.

Local building codes will also be amended, requiring switches that’ll cut power flowing from solar panels in an emergency. In a handful of incidents in California, firefighters were impeded in putting out home fires because of solar modules that couldn’t be easily turned off.

So far, federal legislative efforts to strengthen homeowners’ rights to install solar electricity and water heating systems have gone nowhere. But it’s a good bet that broad new energy legislation likely to be considered by Congress within the next several months will bolster such installations.

A new energy bill will also probably require electric utilities to purchase a percentage of their power from renewables, including rooftop electricity sold directly to power companies. The best bet is for that percentage to be 5% within a few years of enactment, rising to 20% a decade or so afterward.

Meanwhile, the 30% federal tax credit for solar electric systems will keep stoking installations. The 30% credit, which runs through Dec. 31, 2016, applies to any amount spent on an installation; there’s no dollar cap. For an installation costing, say $30,000, the credit would reduce the expense by $9,000. Moreover, homeowners can typically save 25% to 50% on their monthly electricity bills once such systems are up and operating.

Electric utilities from New Jersey to California are also arranging low interest, long-term loans to help consumers and small businesses buy solar electricity units in order to slow the growth of power usage and to delay or eliminate the need to build costly new generating stations. 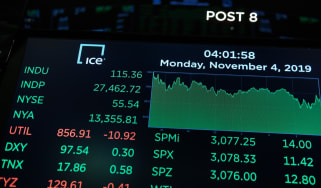 Cost is one of the biggest edges for index mutual funds, which don't need to pay large money management teams to run the show.
Home Prices on the Rise
real estate

Home Prices on the Rise

A tight supply of homes for sale and lower mortgage rates are pushing up home values. Sellers and homeowners are reaping the rewards.
Skip to ContentSkip to Footer