When choosing a place to retire to there are lots of factors to consider aside from fun in the sun.

When choosing a place to retire to there are lots of factors to consider aside from fun in the sun. Ample healthcare and low crime rates are just as important to retirees on the move.

To identify the winners, Kiplinger teamed up with Kevin Stolarick, research director at the Martin Prosperity Institute, a think tank that studies economic prosperity. All of the cities on our list have reasonable living costs, strong employment growth and a population that scores high on measures of education and tech-savviness. We sorted them further by using criteria tailored to each of our categories. For retirees, we also factored in the number of doctors, climate and the crime rate.

The cost-of-living index measures how expensive it is to live in a city; the national average score is 100. That means cities with a score below 100 have a lower-than-average cost of living. Nationwide, the median household income is $43,024, and median income growth from 2006 to 2011 was 11.1%.

The home of the Pittsburgh Steelers is the nation's safest big city, according to Farmer's Insurance. It also offers world-class hospital facilities, including the University of Pittsburgh Medical Center, a $10 billion health system with 20 hospitals and more than 3000 physicians. The median home price is $119,900, according to Clear Capital, nearly $40,000 below the national average. For those who don’t want to worry about upkeep, there are plenty of retirement communities in the Allegheny County area, says Craig Davis, president of VisitPittsburgh.

Carnegie-Mellon University and the University of Pittsburgh provide intellectual energy in the Steel City, which shook off its sooty image years ago. Heinz Hall, the cornerstone of the cultural district, features Broadway shows, concerts by the Pittsburgh Symphony Orchestra and other events.

Newcomers should brace for typical northeastern winters, but the area also enjoys all four seasons. And natural disasters are rare. "You're not going to experience an earthquake or sandstorm," Davis says.

High housing costs aside, the Big Apple has a lot to offer retirees, including car-free living, some of the nation's best medical facilities, restaurants on every block and museums all over town (many of which offer senior discounts). Plus, you can get everything from sushi to DVDs delivered right to your door. Retirees with flexible schedules can find last-minute travel deals out of JFK or LaGuardia, or on one of the cruise lines that depart from New York.

New York is also home to 27 "naturally occurring retirement communities," or NORCs. These communities are home to residents of all ages, but a significant number of tenants are seniors who have chosen to grow old in the complexes. NORCs typically have social services programs on site or nearby. And younger residents, aware that they, too, will someday grow old, are available to shovel the sidewalks or carry groceries.

Located midway between Jacksonville and Miami on the Atlantic coast, Palm Bay offers the kinds of amenities people who retire to Florida expect: lots of parks, two golf courses, an aquatic center and, of course, the beach. Brevard County and Palm Bay in particular have long attracted retirees who enjoy fishing. Anglers can fish for bass, redfish and sea trout on the Indian River, and the Stick Marsh, currently under restoration, offers more opportunities to land a big bucketmouth.

The area is still recovering from the collapse in home prices, so retirees can find a lot of house (or condo) for their dollars. Retirees interested in turning their passions into a business will appreciate Palm Bay's business-friendly climate, says Vicki Northrup, president of the Greater Palm Bay Chamber of Commerce. The Web site Askmen.com recently included Palm Bay on its list of top cities in the country to start a business.

This small city offers plenty of ways to stay engaged and fit into retirement. Residents can take advantage of a wealth of cultural and educational activities at Oregon State University, in the heart of town, or hit the bike trails along the Willamette River. The Cascade Mountains are within a two-hour drive, and the Oregon Coast is an hour away.

For medical care, Good Samaritan Regional Medical Center provides treatment in dozens of specialties, including cancer care and cardiovascular surgery. Retirees who are living on a fixed income will appreciate the fact that Oregon doesn't have a sales tax. Housing is tight, primarily due to demand from students and faculty at Oregon State. Single-family homes run in the $250,000 range.

The temperature in Corvallis rarely gets above the mid 80s in summer, and winters are mild. Bring your umbrella, though: Corvallis has an average of 149 rainy days a year.

Seven years after the monster hurricane and levee breaches, N'awlins has bounced back. The rebounding population has helped spawn a building boom of newly constructed and refurbished homes, as well as new infrastructure.

Retirees and people on the brink of retirement are finding a lot to like here. New Orleans has affordable health care and a mild climate (notwithstanding the occasional hurricane). The state offers tax breaks to retirees: Social Security and federal government and military retirement benefits are tax-free, and property taxes are low. Although warring gangs keep the murder rate high, burglaries and thefts track close to the national average.

Some retirees are gravitating to nearby Metairie and the north shore of Lake Pontchartrain. No matter where you live, you will still want to stroll the streets of the French Quarter. Besides jazz and blues played by gifted street musicians, you’re likely to find a festival going on. World-renowned restaurants include Galatoire's (for French Creole), Cochon (for Cajun) and Acme Oyster House (for the oysters, crawfish and po' boys).

TOOL: Find the Best City for You 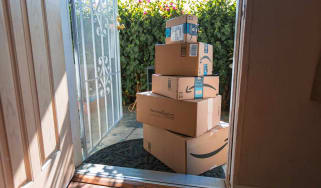 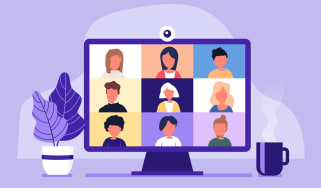 We rate five video-chat platforms for user-friendliness and security features.

If you want a long and fulfilling retirement, you need more than money. Here are the most valuable retirement assets to have (besides money), and how …
Skip to ContentSkip to Footer