Last year, Kiplinger forecasted that California's historic drought would intensify and that the effects would be far-reaching. 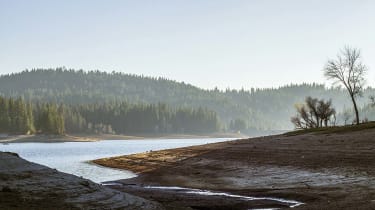 Last year, Kiplinger forecasted that California's historic drought would intensify and that the effects would be far-reaching. Governor Jerry Brown's imposition of mandatory water restrictions in March 2015 underscore the ongoing crisis.

The three-year-long drought in California isn’t about to end anytime soon, and the effects—both negative and positive—will spread well beyond the state’s borders, reaching most Americans. Among the negatives: higher prices for some fruits and vegetables grown in California, the nation’s largest agricultural state. But some positives to come from the drought include changes in recycling and conservation practices, as well as technological advances in purifying polluted groundwater and converting saltwater into freshwater in energy efficient ways.

The expected winter arrival of an El Niño, a Pacific Ocean-based weather phenomenon that usually brings rain to the Golden State, will help. But it doesn’t appear that it will be a strong enough rainmaker this time around to replenish severely depleted water supplies in many parts of the state. For example, two of California’s leading farming counties—Kern and Fresno—are extremely parched, having received just 25%-50% of their normal rainfall this year.

Here’s what to expect from California’s extended dry spell.

California’s legendary ski resorts, including Mammoth and resorts near Lake Tahoe, such as Squaw Valley and Heavenly, are powerful magnets for skiers and snowboarders—when the snow is right. But powder alerts may be few and far between this season, barring a bigger-than-expected impact from El Niño.

Another important segment of California’s tourism industry—golf—is also taking a hit. Some courses have been closed, and more closures loom. Many course owners are rushing to replace turf with native, drought-resistant vegetation wherever they can to save on the expense of watering grass, says Marc Connerly, executive director of the California Golf Course Owners Association. Look for the shift to natural vegetation to spread to courses in other states over time. 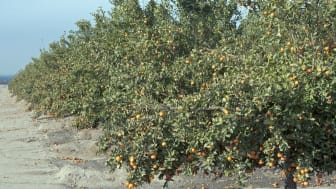 The drought will force many California farmers—who account for 10% of the nation’s annual $400 billion-plus in farm sales—to raise fewer water-intensive crops, including lemons, tomatoes, bell and chili peppers and asparagus.

A Mixed Bag for Wine Lovers 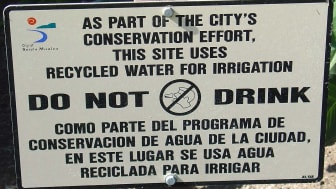 The need for water is prompting big interest in graywater systems, which capture wastewater from showers, faucets and washing machines and reuse it to water lawns, shrubs or agricultural land. A graywater system to serve an office building with, say, 100 to 150 people can cost up to $100,000, depending on the size of storage tanks, amenities such as shower rooms, etc. But the resulting water savings promise to recoup that cost in about five years, based on current water rates.

Makers of graywater systems, including Greyter Water Systems, Nexus eWater and Practical Applications, are poised to satisfy rising demand. Look for such systems to find a home in many other states and localities, too. 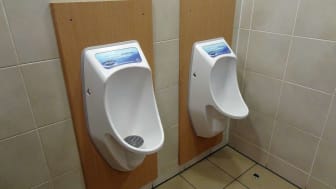 The move figures to be a bonanza for low-flow-plumbing manufacturers, as well as plumbing supply businesses and plumbers that will be delivering and installing the mandated equipment. Given California’s track record as a trendsetter, plumbers in other parts of the country are hoping that other states will adopt a similar mandate.

Many local governments are moving ahead with projects to find water in new places.

San Diego County offers a prime example. The county’s water agency has hired Boston-based engineering firm Poseidon Water to construct a huge desalination plant that will convert seawater into potable freshwater when it comes on line next year. The plant’s daily output of 50 million gallons will account for 7% of the county’s water needs by 2020, says Poseidon spokesman Scott Maloni. Bob Yamada, the San Diego County Water Authority’s planning manager, says the plant will cost residents about $5 more per month on their water bills but will ensure a drought-proof source of drinking water.

Desalination has also made inroads in Florida. Meanwhile, in Texas, brackish groundwater is being desalinated to produce potable water. 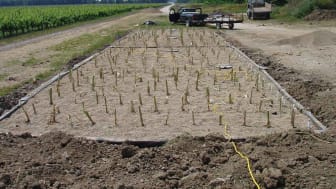 The state’s just-passed $7.5-billion bond issue will be used to fund new infrastructure for storing and saving water.

Andrew Fahlund, deputy director of the California Water Foundation, expects that much of the money will fund construction of artificial wetlands to channel rainwater underground and recharge aquifers, “our savings account” for long-term water storage. Also look for projects to filter and clean polluted groundwater in urban areas such as Los Angeles—and eventually in other parts of the country.