Much has transpired on the economic front since terrorists attacked the U.S. 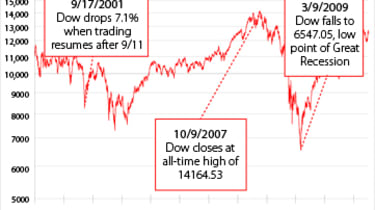 Much has transpired on the economic front since terrorists attacked the U.S. on Sept. 11, 2001. The nation weathered two recessions; homeowners suffered record foreclosures; workers faced double-digit unemployment; and investors trudged through a lost decade -- stock markets aren’t much better off today than they were ten years ago.

Not all of the problems that have plagued the U.S. economy can be tied to 9/11, though there are arguments to be made that some can. Judge for yourself. Here’s a look at where the economy was a decade ago, on the eve of the terrorist attacks; where it is today; and what happened in between. 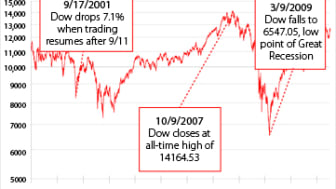 Then: $128 billion budget surplus in 2001 After 28 years of deficits, the federal government finally managed to produce a surplus for four straight years starting in 1998, including $236 billion in 2000 and $128 billion in 2001. Long-term prospects were rosy. “The outlook for the federal budget over the next decade continues to be bright,” the Congressional Budget Office said in January 2001, forecasting an $889 billion surplus in 2011. Of course, the CBO’s projection at the time assumed that revenue and spending policies would be maintained.

Now: Projected $1.3 trillion budget deficit in 2011 Sweeping tax cuts passed in June 2001 came at a time when the economy was already in recession on the heels of the dot-com bust. Then came 9/11. Subsequent wars in Iraq and Afghanistan have a price tag in excess of $1 trillion and counting. While the deficit actually shrank between 2004 and 2007, the Great Recession necessitated costly government intervention, including the Troubled Asset Relief Program of 2008 ($700 billion) and the economic stimulus package of 2009 ($800 billion). The federal deficit was $1.3 trillion in 2010. CBO projections put the deficit again at $1.3 trillion for 2011. 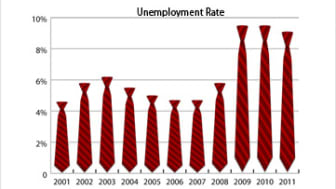 Then: The Dow closed at 9605.51 on Sept. 10, 2001 The Dow Jones Industrial Average climbed mightily in the 1990s, more than quadrupling in value during the decade as individual investors poured into the stock market. The 10,000 barrier was breached in 1999, and the sky seemed the limit. But the events of 9/11 dampened an already weakening economy. When trading resumed after the terrorist attacks, on Sept. 17, the Dow sank 684 points, or 7.1%. Lingering effects of a recession that officially ended in November 2001 kept the Dow from finding firm footing above 10,000 for another two years. 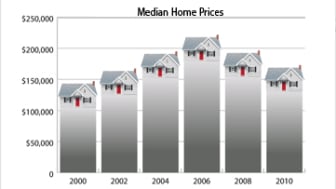 Then: 4.9% (August 2001) The unemployment rate was 4.2% at the start of 2001, but the unfolding recession lifted joblessness to 5.7% by year’s end. The economic drag of 9/11 contributed to the labor pains. An estimated 600,000 jobs were lost as a direct consequence of the terrorist attacks. Of those lost jobs, 226,000 were in travel and tourism. At the World Trade Center, 1,100 businesses were disrupted. It took four years before the unemployment rate returned to its pre-9/11 level.

Now: 9.1% (August 2011) After stabilizing at a healthy 5% or below in the mid 2000s, unemployment began to accelerate in 2008 as the Great Recession went into full swing. The U.S. ended up losing 2.6 million jobs that year. The jobless rate peaked in October 2009 at 10.1%, a level not seen since 1983. Today, about 14 million Americans are out of work, and there are few signs of rapid improvement on the labor front. Long-term unemployment remains a stubborn problem, with 6.0 million workers unemployed for at least 27 weeks. 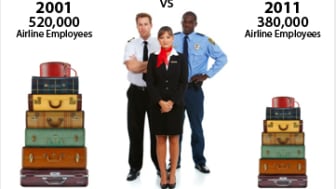 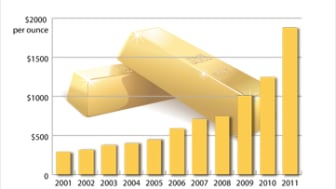 Then: U.S. airlines flew 34.9 million passengers In August 2001, U.S. airlines carried 63.8 million passengers and employed more than 520,000 workers, but the 9/11 terrorist attacks had an immediate and profound effect on the industry. The number of passengers was nearly halved in September 2001, to 34.9 million. The federal government quickly intervened. The Air Transportation Safety and System Stabilization Act, signed into law Sept. 22, 2001, gave airlines $5 billion in immediate assistance and $10 billion in loan guarantees to prop up the industry.

Now: U.S. airlines flew 63.8 million passengers U.S. airlines flew 63.8 million passengers in May 2011 (the latest data available), the same number that took flight in August 2001. But flying isn’t the same as it was ten years ago. Among the travel-related legacies of the terrorist attacks are tighter carry-on restrictions and longer security lines at airports. Creation of the Transportation Security Administration, now part of the Department of Homeland Security, itself a direct result of 9/11, was approved on Nov. 19, 2001. The TSA currently has 50,000 employees and a budget of $8 billion. Due in large part to consolidation, the number of workers in the U.S. employed by airlines has fallen 26% since 9/11 to 383,000. 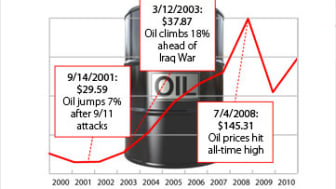 Then: $271.50 an ounce (Sept. 10, 2001) It’s no secret that some investors scurry to gold in times of uncertainty. Gold is considered a hedge against inflation and a weakening dollar, among other things. The week after 9/11 was no exception. Gold prices jumped a quick 8% on the heels of the terrorist attacks. The precious metal continued to rise steadily after 9/11, doubling in value by the end of 2005. 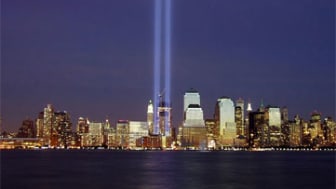 Then: $1.53 per gallon gasoline/$27.66 per barrel oil (Sept. 10, 2001) Oil is a commodity with a volatile history. Prices are often driven by global demand, the stability of producing nations and the whims of speculators. In the days after 9/11, the price of West Texas Intermediate crude rose 7% to $29.59 a barrel. However, oil quickly retreated as fears of economic slowdown trumped worries about scarce supply from the Middle East. Oil prices were little changed on the first anniversary of the terrorist attacks. As for gasoline, the national average weekly price for a gallon was $1.51 as of Sept. 10, 2001.

QUIZ: Will Your Insurance cover It?

10 States Most at Risk for Disaster