Some of these year-end moves will be even more compelling if lower rates arrive in 2018.

The outlook for tax reform is still uncertain, but this much seems clear: Tax rates are unlikely to go up in 2018, and there’s a good chance that they’ll go down for most taxpayers. That makes some year-end tax strategies even more attractive this year than they’ve been in the past.

For example, many taxpayers make the bulk of their charitable contributions at the end of the year. But you may want to disburse some of next year’s generosity in 2017 because those deductions will be less valuable if you find yourself in a lower tax bracket next year. And even if rates remain flat, you’ll still get the benefit of taking a deduction sooner rather than later.

Don’t limit yourself to cash gifts. Many large charities accept donations of appreciated securities. If you’ve owned a stock or other security for more than a year, you can deduct its value on the day you make the donation. You won’t pay tax on the gain, and the charity won’t either. Another option is to donate appreciated securities to a donor-advised fund, which allows you to take the deduction on your 2017 tax return and distribute the funds later.

Don’t have enough deductions to itemize? If you’re 70½ or older, you can donate up to $100,000 from your IRA directly to charity. The contribution counts toward your required minimum distribution and isn’t included in your adjusted gross income. That could qualify you for tax breaks tied to your AGI and reduce or eliminate taxes on Social Security benefits.

Speed up deductions, defer income. If possible, paying your mortgage and state income taxes due in January by December 31 is another way to beef up your 2017 deductions. One caveat here: If you’re subject to the alternative minimum tax, you can’t deduct state and local taxes, so there’s no benefit to paying those bills early, says Tim Steffen, director of advanced planning for Baird’s private wealth management business.

One final incentive for beefing up your 2017 itemized deductions: If the proposal by Republican leaders to double the size of the standard deduction comes to fruition, this could be the last year that millions of taxpayers benefit from itemizing.

Parents of college students may want to pay tuition bills due in January before December 31 so they can take full advantage of the American Opportunity tax credit. The credit is worth up to 100% of the first $2,000 spent on qualifying expenses and 25% on the next $2,000, up to a maximum of $2,500 for each qualifying student. Married couples filing jointly with modified adjusted gross income of up to $160,000 can claim the full credit; those with MAGI of up to $180,000 can claim a partial amount.

Deferring income until next year is another smart strategy because the income may be taxed at a lower rate then. Self-employed taxpayers can send invoices to customers in late December to defer payments until next year. If you expect to receive a bonus, ask your employer to hold off on paying it until January. Keep in mind, though, that if your employer has already announced that it will pay bonuses in December, it’s taxable income for 2017, even if you wait until next year to cash the check.

Strategies for retirees. With a possible tax cut on the horizon, retirees who are 70½ or older should look at the most tax-efficient way to take their required minimum distributions from retirement accounts. If you turned 70½ this year, for example, you have the option of postponing your first RMD until April 1, 2018. That may make sense. If rates decline in 2018, you’ll pay lower taxes on the distribution, Steffen says. The downside to this strategy is that you’ll have to take two RMDs next year—one for 2017 and one for 2018—and pay taxes on both distributions in the same year.

If you’re older than 70½, you must take your RMD by December 31 to avoid a hefty 50% penalty on the amount you should have withdrawn. But if you’re thinking of taking more money out of your traditional IRA than you’re required to withdraw, postponing that extra withdrawal until January could save you money if your tax rate declines in 2018.

Tax moves for investors. Want to cash in some of your stock market gains in your taxable portfolio? If you’re in the 10% or 15% tax bracket, you can take advantage of the 0% capital gains rate to harvest those profits tax-free. In 2017, married couples filing jointly with taxable income of up to $75,900 are eligible for the 0% rate, and singles with taxable income of up to $37,950 can cash in tax-free. (Remember, taxable income is after subtracting deductions and exemptions.) Retirees who have been living off income from their cash reserves are good candidates for this maneuver because their income may be low enough to fall into the 10% or 15% bracket. Be mindful that the 0% capital gains rate applies only to the extent that your gains don’t push you into the 25% bracket; profit that falls into that bracket is taxed at 15%. Also, your state may still tax your profits, even if the feds give you a pass.

If you don’t qualify for the 0% rate but own stocks or mutual funds that have declined in value, consider selling before year-end. You can use the losses to offset gains from the sale of other investments or capital gain distributions from your mutual funds. If your losses exceed your gains (or you don’t have any gains), you can use your losses to offset up to $3,000 in ordinary income. Unused losses can be carried over to future years.

Another strategy for taxpayers who don’t qualify for the 0% capital gains rate is to give appreciated securities to someone who does qualify, such as an adult child or elderly parent. The recipient can sell the securities tax-free. In 2017, you can give up to $14,000 in cash or other assets per person to as many individuals as you would like without filing a gift tax return.

More ways to save

Contributing to a tax-favored account before year-end is another way to lower your federal or state taxes.

529 college-savings plans. You can’t deduct contributions to these state-sponsored plans on your federal tax return, but 34 states allow write-offs on state returns. For example, a married couple in New York—which has a maximum state income tax rate of 8.8%—can deduct up to $10,000 in contributions annually to the state’s 529 plan. Earnings on your savings are tax-free as long as the money is used for qualified college expenses.

ABLE accounts. These plans, created in 2014, allow parents and others to save for a disabled young person’s future needs, such as assisted living and special wheelchairs. Beneficiaries must have developed a qualifying disability before age 26. You can contribute up to $14,000 to an ABLE plan in 2017. As with 529 plans, there’s no federal tax deduction, but some states allow you to deduct part of your contribution. Michigan, for example, allows married couples to deduct up to $10,000 from their state taxes; singles can deduct up to $5,000. Twenty-seven states and the District of Columbia offer these programs.

How to write off disaster losses

If your home was damaged by a hurricane this year, there’s a good chance you’ll be able to write off losses that aren’t covered by your homeowners insurance on your 2017 return.

Ordinarily, you have to subtract $100 from your total loss and then subtract 10% of your adjusted gross income. But in late September, Congress approved legislation that waives the 10% AGI requirement for victims of Harvey, Irma and Maria. They’ll be allowed to deduct all of their un­reimbursed losses after subtracting $500. The bill also allows hurricane victims who don’t itemize to claim the deduction.

Because the Federal Emergency Management Agency designated counties affected by the hurricanes as fed­erally declared disaster areas, you may deduct the loss for 2016 or 2017. Choose the year that saves you the most money. If you decide to claim it for 2016, you’ll need to file an amended return and get a refund from the IRS. (To file an amended return, go to www.irs.gov and search for “Form 1040X.”) For our special report on dealing with a natural disaster, see Disaster Relief: Financial Recovery in the Wake of Hurricane Harvey. 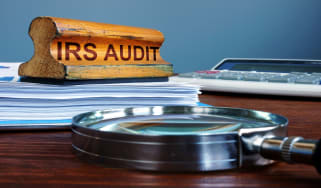