5 States Where Taxes Are Rising

Taxes are going up in 2017 on residents of these states. 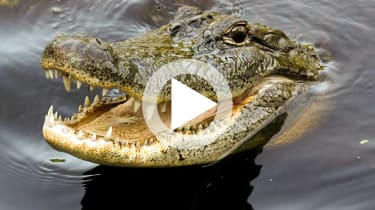 The buzz in the nation’s capital is about cutting taxes, but talk in many state capitals is focused on raising taxes to fund projects and close budget gaps. We found five states where taxes are going up in 2017.

Already among the 10 least tax-friendly states in the U.S. in our 2016 rankings, Maine upped the ante by imposing higher income taxes on top earners in 2017. The surcharge will raise an estimated $142 million in the first year.

Yet another of the 10 least tax-friendly states, New Jersey has already raised its levy on gasoline from 14.5 cents a gallon to 37.5 cents. The extra money will be used to fix roads and bridges.

California ranked as the very worst state for taxes last year. This year, higher taxes on smokers that go into effect in April 2017 will add a projected $1.4 billion to state coffers.

Pennsylvania fell in the middle of our 2016 tax rankings. But the state could slip in 2017 due to a tax hike on cigarettes that extends to e-cigarettes and smokeless tobacco. Pennsylvania also scrapped its tax exemption on lottery winnings.

Ranking as one of the 10 best states for taxes in 2016, Louisiana’s tax-friendly reputation might be in jeopardy. The state sales tax rose a percentage point to 5%, boosting the average combined state and local sales tax rate to 9.99%, the highest in the U.S.

Learn more about the five states where taxes are going up in 2017.

Some people aren't required to file a tax return. But, if you fall into that category, you might want to file a return anyway.
20 IRS Audit Red Flags

The IRS has $1.5 billion in refunds from 2016 waiting to be claimed. Is any of that money yours?
Skip to ContentSkip to Footer