A Tax Break for Telecommuters

You may qualify, but actually reaping the benefits is a whole other story.

When Bill Ristow joined IBM as a technical sales engineer last spring, he wasn't assigned to an office or a cubicle. Instead, his employer issued him a laptop so that he could work from his home in Farmington, Minn., drafting sales presentations and setting up appointments to meet with clients at their offices.

At first, Bill shared a desk and chair that his school-age children used for the family computer. But the pint-size furniture was too small and uncomfortable for his 6-foot 5-inch frame.

Bill and his wife, Erin, wonder whether they can buy more-suitable office furniture and deduct the cost on their tax return. "I checked the IRS Web site, and the rules about claiming a home-office deduction seem to be clear when it comes to home-based businesses," says Erin. "But when you're an employee working at home, it gets a bit murky."

The Ristows' question is timely, given an explosion in the number of telecommuters.

In 2006, more than 12 million U.S. employees worked from a remote location at least one day a month, up from 7.6 million in 2004, according to the latest report from WorldatWork. Toss in self-employed individuals, and the number of home-based workers rises to nearly 29 million, or about 20% of the workforce.

Two tests. To qualify for a home-office deduction, you must use the space regularly and exclusively for business. "But 'exclusively' doesn't necessarily mean an entire room," says Barbara Weltman, a lawyer specializing in small businesses and author of J.K. Lasser's Small Business Taxes 2008.

For example, the Ristows could dedicate a portion of the family's computer room to Bill's business. Weltman suggests photographing the home-office space as documentation in case the IRS questions the deduction.

Business deductions are based on the percentage of your home that is used for business. So if your office occupies 10% of your home, you could deduct 10% of your household expenses, including utility bills, insurance, maintenance, property taxes and mortgage interest, plus any direct costs such as painting the walls.

In addition, you can write off business expenses such as furniture and equipment in the year of purchase.

But qualifying for a tax deduction and actually reaping the tax benefits are two different matters, Weltman says. The second test requires the home office to be Bill's principal place of business. Because Bill is an employee rather than a self-employed business owner, he must prove that he works at home for the convenience of his employer, and he can claim his business expenses only as a miscellaneous itemized deduction.

John W. Roth, a senior tax analyst with CCH, a leading provider of tax information, says the Ristows don't have to take a home-office deduction in order to claim the cost of a new desk and chair as an unreimbursed employee business expense. But with the 2% threshold for such miscellaneous deductions, they probably wouldn't qualify for a tax break anyway.

Help from the boss. Instead, Roth suggests that Bill turn to his employer for help. Because IBM already pays for Bill's cell phone and Internet expenses, it may be willing to pay for his office furniture, too. (The company might even be able to arrange a corporate discount.) Reimbursements for employees' out-of-pocket expenses are tax-free.

With the economy in trouble, tax policy takes on added importance in the 2020 presidential election. So, let's take a look at what Joe Biden has said …
Now’s the Time for Estate Tax Planning

There's a wealth of opportunity with IRS interest rates at an all-time low and the federal estate and gift tax exemption at an historic high.
Most-Overlooked Tax Breaks for the Newly Divorced

Filing taxes after a divorce can add yet another problem to an already long list of challenges. But here are some tips to make your return to single l…
Oregon Wildfire Victims Get More Time to Pay Taxes 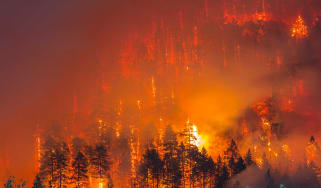