Don't believe everything you hear about your money. 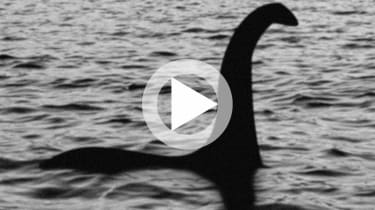 Urban myths. You know, stories about people's kidneys being stolen or that, say, certain corporate logos have the mark of the beast? These exist in personal finance, too -- maxims about saving, spending and investing that are startling, but also just plausible enough to seem real. They get shared among friends, on social media, and take on a life of their own.

Here at Kiplinger, our job is to debunk such nonsense so you can prosper by following tried-and-true principles of effective wealth creation and asset management. We'll unmask three biggies for you.

Myth: Social Security Will Be Gone by the Time You Retire.

This misguided view is common among younger Americans, but it's just wrong. Social Security's trustees expect the program to remain in the black at least until 2019. And while it’s true that the money put aside will be used up by 2033 if nothing is changed, new money coming in from payroll taxes will still be enough to support almost 80% of promised benefits. So Congress has nearly two decades to work out a relatively modest fix. They could raise payroll taxes, extend the retirement age, or make a small cut in benefits.

Just be sure you keep Social Security’s mission in focus: It’s a supplemental retirement insurance program and was never meant to be a pension, per se. You will need multiple sources of income to live comfortably in retirement, including savings, investments and perhaps annuities. Those are your job to assemble.

Myth: Look at the Rise in Home Prices. Buying In Is Your Ticket to Wealth.

Now don’t get us wrong: Homeownership still makes sense for millions of Americans. Deducting mortgage interest is a big tax break for homeowners who itemize, and paying down principal lets you stack up long-term savings systematically.

But the days of rapidly rising real estate prices are gone. Tighter lending practices and and the millennial generation’s lack of interest in owning homes are contributing factors to slower long-term growth in the housing market. Think of your home as a place to live, not as an investment.

Myth: A Will? That's Just for Rich People Trying to Beat the Tax Man.

Die without a will and you let complete strangers decide how to split up what you own -- and maybe even decide who should raise your children. It's called dying “intestate,” an act (or, failure to act) that leaves the process to state law. Without a will, the court gives first dibs to a spouse and children, followed by other relatives. No family? Then your property goes to the state. Buh-bye.

It's so darned cheap to write a will that everyone should have one, even if only to spell out funeral and burial wishes. Many people can do it themselves for well under $100 using a Web site like LegalZoom or Nolo. Now, if your circumstances are at all complex, you'll need a lawyer, who will charge about $300 to draw up a simple will and $1,000 to $3,000 for an estate plan that involves a will and a trust. Do it. You owe it to your family.

Want more? Take a look at how we debunk all eight of the biggest urban myths of personal finance.

Why visit a government office to get your Social Security business done? You can do much of that online.
Joint Trusts or Separate Trusts: Advice for Married Couples

Unless you have a specific need for separate trusts, it’s usually best to avoid the headaches they cause and go with a joint trust instead. Here’s why…
How to Automate Your Savings in 6 Easy Steps

Take advantage of technology to make building your savings and investing it a seamless – and pain-free – process.
Social Security Recipients, Veterans Must Act Now to Get Extra $500 Stimulus Check

The deadline for seniors and veterans to request an additional $500 stimulus check for a dependent child is almost here. Here's how you can claim your…