Skip to headerSkip to main contentSkip to footer
529 Plans

How they have already saved thousands of dollars toward their daughters' education.

Wilbert Villalta and his wife, Jacqueline Diaz, appeared in our June 2003 issue soon after their daughter Maya was born. They wanted advice on juggling college and retirement savings, and they were deciding whether to focus primarily on a 529 college-savings plan or a Roth IRA.

Maya, 14, is a freshman in high school, and she has two sisters: 9-year-old Adela and 5-year-old Lourdes. Wilbert and Jacqueline, now 38 and 37, ended up opening 529s with T. Rowe Price’s Maryland plan (California, where they live, doesn’t offer a state tax break for 529s, and they like T. Rowe Price management). They have been saving $175 in each daughter’s account almost every month since they were born, says Wilbert, who shifted from teaching into elementary school administration for more job stability. The couple had the money automatically withdrawn from their checking account. When the market sank during the Great Recession, it was tough to see the balance drop. “But it came back and we kept buying,” says Wilbert.

Now they have $54,000 in Maya’s 529 account, $25,000 in Adela’s and $14,000 in Lourdes’s, and they’re still saving. They don’t expect to be able to cover the full cost of college, but they want to save enough to give their daughters options without having to take on too much debt. Now that Maya is in high school, they’re thinking about shifting some money in her account from aggressive stock funds into more-conservative investments.

They’ll also have some extra cash starting next year, when they pay off their mortgage. The year before Maya was born, they moved from pricey San Jose to Sacramento, where they could buy a less-expensive house and afford to live on one salary while Jacqueline stayed home with the kids. They refinanced to a 15-year loan when Maya was 1 year old. “We wanted to know that when she turned 16 we wouldn’t have mortgage payments anymore,” says Jacqueline.

At that point, they’re hoping to use most of the freed-up money to save for their own retirement. They had been putting aside a lot more in Roth IRAs and a 403(b) plan, but a few years ago they reduced their savings while juggling so many priorities. “Not maxing out our Roth IRAs was a mistake,” says Wilbert. He expects to receive a pension from the school system, but the couple want to build up their own savings, too. “We’ve heard too often that no one will give you loans for retirement,” says Jacqueline.

Wilbert is pleased that at age 39, he will have paid off his house and will have 20 years of savings socked away. “The advice to invest every month and have no debt worked for us,” he says. 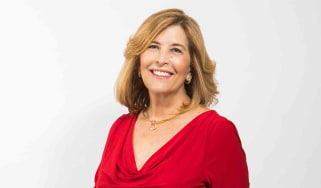 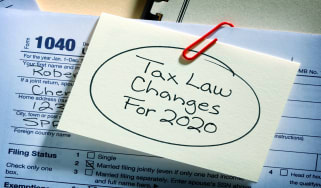 Americans are facing a long list of tax changes for the 2020 tax year. Get familiar with them now so you're ready when it's time to file your 2020 tax…
11 Tax Breaks for the Middle Class 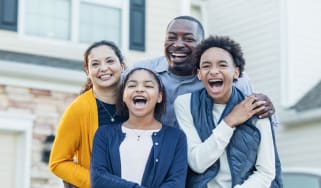