Travel Back in Time With DNA Results

Advances in online genealogical research are providing people with more information about their roots than ever before. 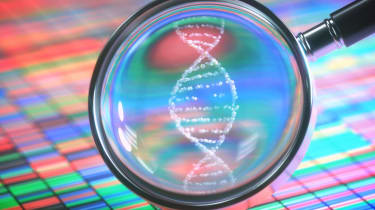 With three grandfathers hailing from Ireland, Edward Subotich always assumed his ancestors were overwhelmingly Irish. But the results of a DNA test eventually took him overseas to learn about a great-grandfather who was born in Austria.

After taking the DNA test from the genealogical company Ancestry, Subotich discovered he was 60% Irish, 30% English and 10% Austrian.

His daughter’s friend, an amateur genealogist, then did some digging at Ancestry.com. She found his DNA matched that of two women in Liverpool, England, who had been searching for descendants of Nicholas Subotich. Edward had never heard of the man, but he learned from these newfound cousins that Nicholas was his great-grandfather who once lived in Liverpool.

Like many others who are discovering their ethnic roots through DNA tests, Edward decided to take a journey to explore his personal history. In September, he and a friend visited his cousins—two sisters in their sixties. “They rolled out the red carpet for me,” says Edward, 80, who lives in Weston, Conn., and owned a party-planning business with his late wife.

His cousins, Marie and Jean, told him that Nicholas was born in Trieste, which was then part of Austria (now part of Italy). Nicholas moved to Liverpool in the mid 1800s and married an Englishwoman named Jane. They had seven children. Edward’s cousins gave him a scrapbook with photos. “They were stern looking, like they just got out of prison,” Edward says.

Nicholas and Jane moved to New York City, where he worked as a bricklayer. They eventually returned to Liverpool, but one of their sons, James, stayed behind, married an Irish woman and had three children, including Edward’s father. During Edward’s visit, Marie took him to the street where Nicholas and Jane lived. Edward intends to stay in touch with his recently discovered relatives. “It was like finding a firstborn who was missing for 50 years,” he says. “I’m still reeling.”

Heritage travel is not new. But the advent of DNA testing and advances in online genealogical research are providing people with more information about their roots than they ever had before.

Travel companies that include DNA testing in creating itineraries are reporting brisk business. “People want to walk where their ancestors walked,” says Robin Hauck, director of business development and strategic partnerships at Go Ahead Tours, which in 2017 teamed up with Ancestry to create a collection of heritage tours.

A DNA test requires a saliva sample or cheek swab. You can order a test from a growing number of companies, including 23andMe.com, FamilyTreeDNA.com and National Geographic Geno 2.0.

With more than 10 million test-takers in its database, Ancestry’s technology may be able to match your DNA to “genetic communities,” which are groups of members who share DNA because they share common ancestors. Sometimes, members in a genetic community have posted family trees of known ancestors.

A genetic community is identified as any of 350 subregions—for instance, County Cork, rather than just Ireland. “The DNA can help you get more specific,” says Kyle Betit, senior genealogist and research manager of Ancestry ProGenealogists, the research division of Ancestry. “By looking at the trees of all the people that the technology has isolated, you may find a shared origin.”

While a DNA test may narrow the search, a person who wants to create a personalized travel itinerary will probably need to scour land, military, burial and other records. You can try to do this yourself, or you can hire a professional. Ancestry ProGenealogists charges $2,500 for the first 20 hours of research, which could include hiring researchers overseas to pore over local records. The company’s genealogists also can develop a customized itinerary and accompany you on your trip.

For a less expensive alternative, Go Ahead Tours, in partnership with Ancestry, has developed six heritage group tours, to Scotland, Germany, Sicily, southern Italy, Northern Ireland and the Republic of Ireland. Prices without airfare range from $3,200 to $4,100 for 10- to 12-day itineraries.

The price includes an AncestryDNA test and five hours of genealogical research for each traveler before departure. An Ancestry genealogist accompanies each tour, providing information on what life was like for the travelers’ ancestors as well as guidance for travelers to conduct their own research.

Heritage Travel: Walking on the Street Where They Lived

Based on research that Ancestry conducted before a Go Ahead tour to Sicily, Jean Swanson, 70, and her husband, Ed, decided to take a day trip to the town of Riesi, Italy. The agency arranged for a driver and for the couple to meet with a local researcher.

Swanson says her father moved to the U.S. when he was age nine and would not talk about his childhood. She learned from the researcher that her grandfather and his brothers worked in the sulfur mines in Riesi. She also discovered that her grandfather left for Boston when her father was three. It took six years for her grandfather to earn enough money to send for his impoverished wife and two children. “I have a better understanding of my father and what he went through,” says Swanson, who lives in Kensington, N.H.

Travel Services Unlimited, based in Rock Hill, S.C., launched its DNA Journeys program in 2015 after one of its executives took a DNA test, dug into her family history and visited her ancestral estate in England. “I figured I was not the only person interested in this,” says Jennifer Horan, the agency’s marketing and business development manager.

The agency issues a client a DNA test and asks for any personal family information a client has. The staff then combs through databases.

For fully customized itineraries, clients can either travel with a guide for the entire trip or meet local guides at key points. In other cases, clients will visit personal ancestral spots for part of the trip and join a tour group for the rest. A weeklong bespoke itinerary for two travelers with a driver runs about $8,000 to $10,000, Horan says.

QUIZ: How Much Do You Need to Tip When You Travel?

After returning from Sicily, Swanson says she wants to investigate her mother’s side of the family, which came from Naples. “I get the answer to one question, and it brings up 10 more,” she says.

Before tossing these items into your virtual shopping cart, be sure to read Amazon's return policy first.
10 Things You'll Spend More on in Retirement

We spend a lot of time worrying about running out of cash in retirement. But you might be surprised to see some of the things you'll find yourself spe…
18 Things You Should Know Before Shopping at Trader Joe's