Beware: For some IRA owners, the new law may throw a wrench into their QCD strategy. 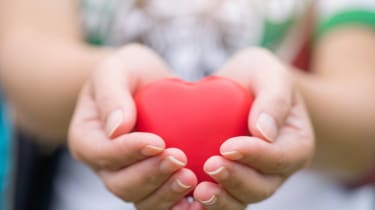 If you like to give to charity while also trimming your tax bill, the qualified charitable distribution strategy may be your go-to move: IRA owners who are 70½ or older can transfer up to $100,000 per year to charities they support. Plus, the QCD can count toward annual IRA required minimum distributions. And there’s more: The QCD isn’t included in adjusted gross income, so taxpayers who don’t itemize can benefit. Given today’s higher standard deductions that make it harder to itemize, the QCD is an under-the-radar opportunity to trim your tax tab.

But be aware that for some IRA owners, the Setting Every Community Up for Retirement Enhancement Act may throw a wrench into their QCD strategy. That’s because the SECURE Act also created a rule that limits the amount of QCDs a traditional IRA account holder can make, says Jeffrey Levine, director of financial planning for BluePrint Wealth Alliance, in Garden City, N.Y. Referred to as the “anti-abuse provision,” its effect is to reduce allowable future QCDs, he explains. While the intent apparently was to limit any opportunity for abusing charitable QCDs, the result is to make it more complicated to use the strategy.

Why is this an issue? Because one provision of the SECURE Act repeals the age cap for making contributions to a traditional IRA. “IRA owners must now reduce their intended QCDs by any contribution amounts made into their IRAs after age 70½, to the extent they have not already been used to reduce their QCD,” Levine writes in an analysis for Kitces.com, a website geared to financial advisers. “In other words, IRA contributions made after age 70½ cannot be turned around to be used as QCDs.”

Keep in mind that the SECURE Act also raises the starting RMD age to 72, effective in 2020. So if you turn 70½ this year, you can do a qualified charitable distribution but it won’t count toward your RMD since those don’t kick in until you are 72. The QCD will still not show up in your adjusted gross income if you aren’t making deductible contributions to the IRA. And the QCD could work to your advantage by lowering the amount of your IRA balance by the time you reach 72 and your RMDs begin, says retired certified public accountant Joseph Namath of Estero, Fla.

There are some moves you can make to avoid the “QCD tax.” The simplest: Just don’t take the deduction for an IRA contribution, Slott says. If you fall below the income thresholds to qualify for Roth contributions, consider contributing to a Roth IRA instead and do a QCD from a traditional IRA.

If you are married, spouses who each have their own IRAs can coordinate contributions to bypass the rule, Slott says. Because IRAs are individually owned accounts, one spouse can choose to use her IRA to make post-70½ deductible contributions and the other spouse can use his IRA to do QCDs.

You may want to consider gifting your home — or maybe a fractional interest in it — as well as using an irrevocable trust before it’s too late.
When Is Amazon Prime Day 2020?

Circumstances beyond its control have forced Amazon to move its annual Christmas-in-July Amazon Prime Day blowout sale in 2020 to ... later. Is Oct. …
Check Your Financial Adviser Now (and Every Year) or Regret It Later

Fewer than 10% of investors use such free background checks as Investor.gov, BrokerCheck or IAPD to check their financial advisers’ backgrounds. These…
The Annuity With a Tax-Planning Twist