Thrift Savings Plan Withdrawals to Get Easier for Federal Retirees

A new law will benefit federal employees and members of the military who want to keep their money in the low-cost Thrift Savings Plan when they retire. The TSP has low fees, but it has frustrated savers with its strict withdrawal rules: After you take one partial withdrawal, you can access the remaining balance only by cashing out the entire account, converting it to a life annuity, or taking a series of monthly payments that you can change only once a year.

The new law eliminates the restriction on partial withdrawals and lets participants set up and change regular payments throughout the year. The Federal Retirement Thrift Investment Board, which runs the TSP program, has up to two years to enact the new rules.

“This is great news for all TSP account holders,” says Didi Dorsett, a certified financial planner with Safe Harbor Financial Ad­­visors, in Occoquan, Va. Many of her military and federal-employee clients have been rolling their TSPs into IRAs at retirement so they could have more control over withdrawals, even if it meant paying higher investment fees than they would have in the TSP.

Until the regulations are finalized, it’s a good idea to postpone rolling a TSP into an IRA or making other long-term withdrawal decisions, says Josh Andrews, director of military life advice for USAA.

For more information and updates on withdrawal rules, go to tsp.gov.

The key to building wealth long-term is buying high-quality (but low-fee) mutual funds run by seasoned stock pickers who have skin in the game. Here a…
Should You Retire During a Pandemic? 3 Things You Should Know 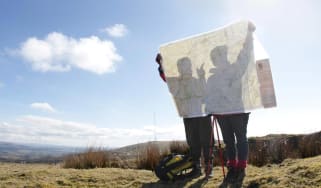